With a few notable exceptions, the label “psychological horror” is most often used to describe what something doesn’t have rather than what it does. A lack of exploding eyeballs or sloshing eviscerations must mean that the scare is psychological, right? Saying that a story is “psychological horror” seems like it should mean it gives the reader a true creeping sense of fear, but all too often it just means the book doesn’t feature violent organ failure.

Jac Jemc’s The Grip of It is one of those rare exceptions, a book whose horrors are truly psychological. It is a cerebral haunting in book form, a page-turning, suspenseful read that will stay with you long after you’ve finished it. Jemc has already demonstrated her knack for an ethereal kind of writing; her short story collection, A Different Bed Every Time, is a study in how uncanny circumstances can still be complex and nuanced, without sacrificing their unique weirdness. Like the work of Leonora Carrington, the effective terror of The Grip of It comes with sudden juxtaposition of the surreal, both in the subject’s environment and within the subject’s persona.

“At night, on the way to the bathroom, I don’t turn the hall light on. I trace my hand along the wall. I touch something wet and soft.”

Moments like this also bring to mind the well-timed creep-outs of Dario Argento movies, but instead of being presented in bleeding technicolor, The Grip of It stalks the reader through its pages with a silent, grayscale terror, like the brush of a web against your cheek in the dark.

James, a compulsive gambler and job-hopper, is hardly a safe rock to rely upon. But maybe that’s what Jemc wants us to realize about their relationship to each other — that so much of what binds them is based on belief rather than action, specifically Julie’s belief in the man she chose to marry. It is that very same thing that signals the breakdown of their dynamic: belief, or rather disbelief, in what is happening to them and how it is destroying them. Both Julie and James suffer as the chaos crescendos. James is no longer able to ride the wave of it without repercussions, and Julie’s denial is far past the point of no return.

Jemc is telling us the story of the putrefaction of a relationship. This relationship is not clean-cut and bookended by dramatic flares — it festers, untended, a thriving hotbed for the things that break us down, cell by cell. It doesn’t choke, but lines the airway slowly, turning a once-healthy breath into the ragged pull from a plastic straw. “Bad behavior heralds ruin,” says Julie, when she is utterly convinced that the haunting must be her fault: she is unwilling to accept that malevolence exists for its own sake, but convinced it must be part of a puritanical order of punishment. She suffers from the common delusion that you can gain control over a situation by imposing a knowable structure on unknowable phenomena. 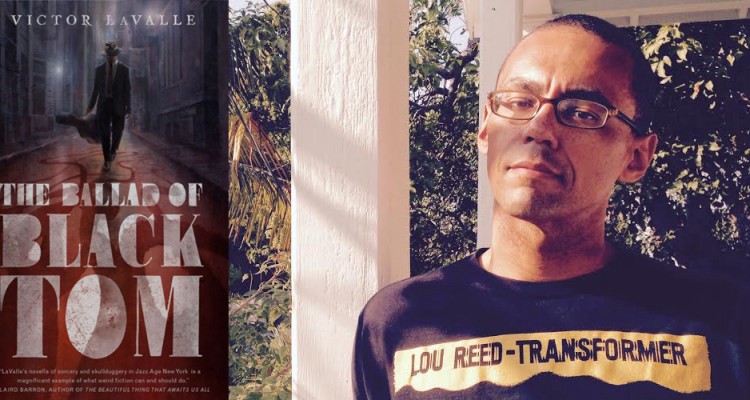 James, unfortunately, plays right into Julie’s delusion, blaming both of them not just for the results of the haunting, but for the haunting itself: “I think we’re haunting ourselves. We’re pulling ourselves apart. We’re noticing gaps and stepping into them instead of avoiding them.” James demonstrates a core element of the story: the fractures in the marriage already existed, and the warps and cracks in the house are those fractures made manifest.

The phenomenon affecting Julie and James is actively intimate, and Jemc has realized that our voyeuristic look into their lives is part of heightening the fear, confusion, and terrible unknowability of the situation. “I feel followed, as if instead of the house’s being haunted, the haunting has crawled into me,” Julie confesses to us, “And I want to turn the tale as James had said, so that I believe both that we are lucky and that nothing matters, but it’s so hard not to believe myself.”

It’s this equalizing sense of dread that endears us to these characters and their plight. Jemc doesn’t make the couple likable or particularly interesting, and she doesn’t have to. We are drawn to them because we share the fear that what affects us on the outside is somehow infecting us on the inside—whether supernatural, domestic, or even political. Who can’t relate to the anxiety of rotting from within, in the way that mold permeates an old house? Who wouldn’t understand the complex nature of trust between partners, where people can claim to know each other intimately, but recoil at the idea of a vast landscape within each other that neither will ever truly see?

What makes this novel so powerful is the acknowledgement that intimacy does require a trust beyond logic, that “ruin” can come just as easily to the guilty or the guiltless, and an embrace of the chaos is sometimes the only way to make it out to the other side.

Ghosts Exist in These Pages

The Violent and Unforgettable World of Brian Catling

The Vorrh and The Erstwhile are fantasy at its best