The current Ms. Marvel is the first superhero who speaks directly to the concerns of Gen Z

Children growing up in the 2010’s may be more immersed into the stories of superheroes than any generation before them. Marvel just closed out “Phase 3” of its blockbuster series of Avengers and friends movies. DC has taken over the CW with hit shows like Arrow and The Flash, with Marvel taking over streaming with Netflix exclusives and upcoming series on Disney+.

Despite the wealth of superheroes dominating our screens, it can be hard for Gen Z or “Zoomers”—the generation after Millennials, born in the late 1990s—to find any they can relate to. While they can understand many of the problems the superheroes face in The Avengers and Guardians of the Galaxy, none of these ultimately powerful and privileged figures are truly speaking to them.

There is a hero telling their story, though. She just hasn’t hit the screens yet. Kamala Khan, or Ms. Marvel, is the hero that Zoomers needed, and she is the hero that zoomers should be reading and looking up to.

Khan made her first appearance in an August 2013 issue of Captain Marvel, and was later given her own solo series in February 2014. She was part of a wave of diverse superheroes Marvel debuted at the time, including a female Thor and a Black Captain America. Khan was special, though, as she became the first ever Muslim character to star in her own comic series.

The narrative about Kamala upon her introduction focused mainly on her identity as a Pakistani-American Muslim. And while she does prove to be representation for a usually underrepresented group, she truly gives representation to a much bigger group. She is, in short, the voice of a generation.

Though Kamala’s Muslim identity is important to her (and important in the comic), Islam plays a comparatively minor role in her life She is a typical high schooler with (mostly) typical high school problems: she wants to fit in, make friends, impress her crush and get good grades, all while trying to save Jersey City from a zany group of supervillains—villains that may feel familiar for today’s youth.

In Generation Why, the second volume of Ms. Marvel, Kamala faces off with a holographic, robot-building supervillain named “The Inventor.” She discovers that The Inventor is powering his robots with energy extracted from the bodies of teenagers. When attempting to rescue the teens, she learns that they voluntarily chose to sacrifice themselves to The Inventor to become human batteries.

The reasoning for this, as the villain explains, is because he convinced the teens they were a scourge on our dying planet. We need renewable energy, and humans are a constant source of it. He convinces young kids that since they spend all their time “on their phones” and are not productive workers, they are the ones hurting the planet and if anything this is their way to give back.

As far-fetched as this story may sound, it has more parallels to our real world than you may think. White supremacists and other dominant groups do use climate change and other potential natural disasters as excuses to carry out their misdeeds. For example, a mass shooter who killed 22 people at a Walmart in El Paso, Texas last August cited impending climate disaster as his main reason for his killing spree. The shooter drove from hours away to El Paso—a city with a large Hispanic population—because he believed that impending climate disaster would create a battle for resources, and killing Hispanic people now would make it easier for white people like himself to dominate the scarce supplies.

While situations like the one in El Paso are violent outliers, eco-fascist rhetoric has been normalized. Notably, Bill Gates, who is often credited as being a “savior” of some sort due to his philanthropy, pushing myths about overpopulation into the mainstream. “Population growth in Africa is a challenge,” Gates says in a WeForum report. In doing this, Gates and others are pushing the fault of climate change from the corporations responsible for potential climate disaster to some of the poorest people in the world—just as The Inventor does with vulnerable teenagers.

Being Indian Is Not a Superpower

My characters are Native because they’re Native, not because their Native-ness is going to let them save the world 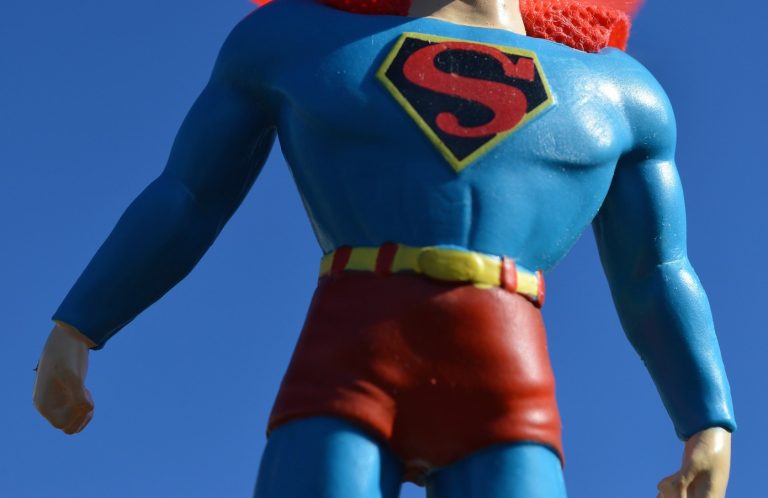 The rhetoric The Inventor uses to convince children to join in on his scheme—telling the teens that since they are not “productive” they do not deserve their lives—is familiar to Zoomers as well.  This draws parallels to our real life schooling systems, which are not designed to educate, inspire and grow our youngest members, but instead ready them for the dehumanizing life ahead of them as a working-class person in a capitalist society. We teach kids from a young age they are only as valuable as how much capital they produce and how much money they earn, which leaves them even more vulnerable to fascist rhetoric.

Explaining the intricacies of these concepts to a teenager may be a hard task, but stories like Generation Why get the point across in a more palatable fashion. They teach kids that people in power will try to guilt and fear by placing our world’s problems on their shoulders, and then use that to take advantage of them. Intergenerational tension is as strong as ever at the moment, and today’s teens need to learn that they have a voice instead of letting those older than them take advantage of their vulnerability. Ms. Marvel is taking that on.

In just one storyline alone, the comic manages to tackle the issues of eco-fascism, the dehumanization of capitalism, and intergenerational tensions. The other volumes have even more in store for younger readers.

In Super Famous, a development company begins building new luxury housing in Jersey City. This angers the existing residents, as they fear that this new influx of money in the area will slowly shove out the city’s working-class residents. This is an issue many Zoomers may have firsthand experience with, as gentrification begins to slowly change America’s major metropolitan areas, kicking out families who have been there for years and destroying neighborhoods and communities all around the country.

Civil War II, Marvel’s modern sequel to the classic 2006 comic series, sees Kamala tasked by her childhood hero and namesake Captain Marvel with taking the lead on a Minority Report–style taskforce that attempts to arrest criminals before they can commit crimes. Issues quickly arise regarding the idea of police overreach and the surveillance state, and what truly classifies someone as a criminal.

The darkest and most pertinent storyline comes in Mecca, where a group begins to haul off people suspected of having unregistered superpowers and taking them to mysterious prisons. Kamala’s brother gets caught, as he had powers for a brief moment in a previous storyline, and she is at risk of losing him forever. The parallels to the treatment of undocumented immigrants in America, who in their own way are not “registered,” could not be more clear. A group of officers who are not quite police show up at your house and next thing you know parts of your family are being hauled away, put into camps, and sometimes never seen again. The story is also similar to the tribulations of many Muslims who were put into Guantanamo Bay post–9/11, and even the treatment of Jewish and minority populations by the Nazis in the 1930s.

Social commentary is nothing new to comics. If anything, it was the purpose for their existence in the first place. Captain America’s longtime enemy, Hydra, is an obvious stand-in for Nazis. The X-Men series tackles the issues of racism, homophobia, and just general “otherness” and how it affects populations. Watchmen famously criticized the concept of law and order. It’s the way Ms. Marvel does social commentary that makes it truly special. Kamala is a relatable avatar for younger readers, and she is often in situations that Zoomers can easily recognize from their own lives.

Ms. Marvel’s charming nature, poppy art style and the fact that many of her side problems and hobbies match that of the average teenager remove the first barrier of entry. Its relatively light nature makes it palatable for a casual reader.

Casual readers can delve further into the medium, and even gain a further understanding of both the comics and the movies that have increased in popularity in recent years. They can jump from Ms. Marvel to stories like Civil War, which commentated on the surveillance state or stories like Cable and Deadpool which discuss the ideas of loneliness and the demonization of those who do not quite fit within society—both of which are important to zoomers as both issues have plagued their upbringing thus far.

It is hard to get into the gritty, complex, storylines of many of the previously mentioned examples unless you are already a fan of comics. Ms. Marvel helps introduce new fans to comics, though, and she can even draw younger, newer readers to the more complex stories that have dominated the medium for decades. This introduces Zoomers to even more of the many important political and social issues tackled in them.

Kamala will get her shot at the spotlight soon, as she is slated to star in a new TV series coming to Disney+. In the meantime, her comic series gives young readers a fun, but very real look at the issues that are facing them in the real world, and a good, positive, relatable role model to show them how to deal with these challenges.

Which WWI Poet Should You Fight?

Obviously you're going to have to throw hands with one of the great warrior-bards of the early 20th century—but who?

7 Books About Identity and Belonging by Arab Women Writers

Malaka Gharib, author of "It Won’t Always Be Like This," recommends stories that illustrate the diversity of the MENA region and diaspora

My Inner Compass Points in All Directions

“Justine” Is a Coming-of-Age Novel for the Tamogotchi Set