In Nishant Batsha’s novel Mother Ocean Father Nation, a family’s life shatters as the horrors of a military coup befall a fictional South Pacific island. The country is rife with tension between the native population and the Indian community, who arrived on the island as part of colonization. The outsiders and their businesses become targets for nativists’ anger.

In her dorm room in the country’s capital, Bhumi, a botany student, struggles with the news of attacks while managing campus life under lockdown. In Sugar City, where her family lives, her brother Jaipal deals with his violent father and provincial life by enjoying the escape of foreigners at the bar at which he tends.

Each of their unstable personal bubbles soon burst. Bhumi’s friendship with the daughter of a government official gets her caught up in the political crossfire; the only route is out and off the island. She leaves for California. Back in Sugar City, Jaipal, having lost his bartending gig, takes advantage of a business opportunity and a romantic connection. His father’s health deteriorates, as does the country’s political situation.

Batsha, who is a historian of Indian indenture, has spent time in countries such as Fiji and Trinidad, where the Indian populations have faced similar conflicts to one his debut novel portrays. We spoke about how his academic study morphed into his novel, handling character complexities, and his recommendations for further reading on the diaspora of “permanent foreigners.”

J.R. Ramakrishnan: You’ve committed your academic career to the subject of Indian indenture. I understand that you are not part of this specific Indian diaspora yourself so I am curious to hear what initially got you interested in the area?

Nishant Batsha: ​​Right before I started graduate school, I discovered that I could write for publication. It sounds like a silly thing to say, but at the time, I didn’t realize that anyone wanted to read the things that I had been writing for myself for so long.

I arrived at my graduate program wondering if I actually wanted to be there, or if I wanted to try to cobble together some life around writing, and by the end of my first semester I wanted to drop out. Thanks to the advice of a few writers, including Siddhartha Deb and Mónica de la Torre, I decided to stay.

8 New and Forthcoming Books by Writers from the Indian Diaspora

From a queer Indo Guyanese poet to Tamil Muslim sisters, stories about people of Indian descent around the world 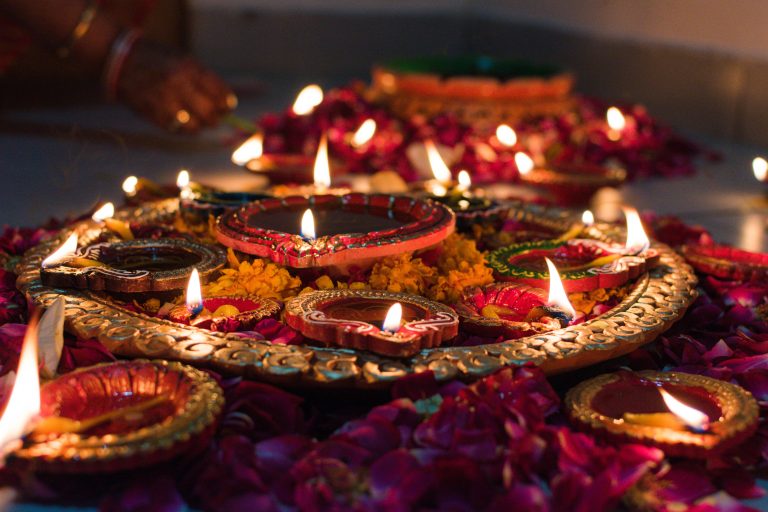 At the time I was working on a project that had to do with educational policy in mid-19 century north India, and I felt so alienated from that topic. I wanted to somehow understand what life was like inside the classroom, but there was no record of that—it was just state archives and high-level documents.

I decided to change my research topic to the Indian labor diaspora, because I was curious about the long history of migrations from the subcontinent—my parents had come to the United States in the 1970s, but I knew Indians had been moving around the globe through the networks established by British colonialism. And so I wrote a dissertation on Fiji and Trinidad.

One personal connection did come up: my parents are from the Indian state of Bihar, and most of the labor diaspora hailed from the same state. In fact, many laborers departed from the same district that my parents are from. That’s akin to finding out that they’re from the same county in the United States. It was only after conducting my research that I realized that there was this personal connection. The numbers of migrants from that district were so high, it would be impossible that some of my family or distant relatives did not migrate. It is only after immersing myself in the subject did I find the palimpsest.

JRR: How did this novel begin for you? Could you talk a little bit about the choice to make up a country and its location, rather than using a real one?

NB: I came to this iteration after spending some time in Fiji and writing an essay on one of the many coups that Fiji experienced since independence. I interviewed Indian members of the Methodist Church—a church that explicitly espoused anti-Indian views during the coup. That essay opened up a whole set of questions about migration, belonging, political instability, and the life one must live in the face of all these currents.

Now, the country is unnamed because it is a hybrid place that does not exist in the real world. By writing a dissertation on the Indian labor diaspora, I had built up this immense archive of place and circumstance. And when I sat down to write Mother Ocean Father Nation, I took elements from each place to create the island nation. So the country in this book is not Fiji, it is not Uganda, it is not Trinidad, it is not Guyana, it is not South Africa. It is all these places. And by being all these places, it also is none of these places, having become something entirely new.

JRR: Jaipal and Bhumi belong to a community of “permanent foreigners” whose ancestors were brought by the Empire to be put “in the middle of a clear hierarchy: White, Indian, Native.”

The insular community was brought in by the colonial establishment and they’re perhaps more “Indian” than their contemporaries in the subcontinent. They face oppression (and then expulsion) but also have set racist attitudes as your characters express in slurs. They speak a lot about their hard work while also lamenting the laziness of the natives.

How did you weigh up the complexities/ambiguities of your characters? With Jaipal, his queerness (and the lack of acceptance from his family and general society) further complicates things.

NB: To write views which I vehemently disagree with was a difficult task. That being said, the book is written in a third-person limited point of view. There is no omniscient raider that could come down from the heavens to shake each character and say, Don’t you realize! Don’t you recognize the traces of a power that led you to think and behave in these ways? But there is no such ontic voice, and to force the characters to inhabit the position of the critic would feel hackneyed. They live within an ideology, never without.

The coup is a final event in a nation. It is the end of one narrative and the beginning of another. The practice of daily life that occurs prior to this final moment is fissured from layers upon layers of doubled thought.

It’s also worth saying that the hierarchy of “White, Indian, Native” is not some essential truth: it is simply the position that these characters think they inhabit, a truth that, on whatever unconscious level, they choose to believe. In the end, they are left to grapple with this fractured sense of personhood and place, all the paradoxes that lay therein.

Now, despite all this, I did not want to let my characters off the hook. There are characters and scenes that hew close to a deep critique of colonialism (and the post-colony)—the mess that was created, and ultimately left unfixed.

JRR: I appreciated the subtleties of Bhumi’s interactions with Indian Americans such as the woman for whom she nannies. She says that she “was not Indian. Not to this woman.” Meanwhile with Vikram, she marvels at his level of assimilation versus that of her community in the island, who are still very connected to Indian culture despite a separation of several generations. Would you meditate a little on these intra-diaspora differences?

The relations of desire operate slightly differently for Bhumi. Vikram becomes the object of a desire: through him, she feels the lack that is around her selfhood (a lack that arises out of her own dislocation). I don’t think she is consciously aware that her relationship with him is predicated upon this, but she is subject to the distance and disgust manifests because of it. These sorts of contradictions between, let’s say the marketplace and the interiority of desire, create the kind of spaces of difference you mention.

JRR: Gaiutra Bahadur’s Coolie Woman came to mind for me when Bhumi speaks of her grandmother who came to the island. What are some of the books (novels especially) you’d recommend for anyone wanting to read more about this diaspora of Indians (Trinidad, Fiji, Uganda, etc.)?

NB: Of course there is, as you mentioned, Gaiutra Bahadur’s magnificent Coolie Woman. There’s Rajiv Mohabir’s poetry, as well as his memoir Antiman, and his translation I Even Regret Night: Holi Songs of Demerara. I love the writing of Stephen Narain, who recently had his short story “Temple in the Sea” published in Wasafiri. In fact, that whole issue was on the “Afterlives of Indenture”—a must read.

Mahmood Mamdani’s From Citizen to Refugee is a combination of first-hand experience and piercing academic insight, written right after his expulsion from Uganda. Janika Oza’s A History of Burning will be out in 2023 and looks to be a moving and powerful book. Vinod Busjeet recently published Silent Winds, Dry Seas, which is set in Mauritius over the course of a life. And of course, there’s Amitav Ghosh’s magisterial Sea of Poppies.

The late Brij Lal was such a treasure, for his work on the history of indenture in Fiji, and the personal essays in Mr. Tulsi’s Store. I happened to, by chance, run into him at the Free Speech Café on the UC Berkeley campus (he was in town for a wedding)—a fortuitous conversation in a queue. Sudesh Mishra’s poetry, especially the collections Tandava and Diaspora and the Difficult Act of Dying capture the intersection of lived life and immense history. There are so many. I could go on and on.

My God Has the Head of a Vulture

Seeing My Filipino Immigrant Self in Ellison’s “Invisible Man”

I wanted to learn about Black oppression, only to discover my own erasure

The author on confronting the long shadow of colonialism, imperialism, and anti-Asian violence

The author on Barbie dolls, the false comfort of Americanness, and brown solidarity