Number of stories in Salt Slow: nine. Number of men destroyed in the telling: five. Putting Julia Armfield’s literary skills aside, what excited most critics about her debut was the incredible body count for the book’s male cast, eaten alive by giant insects or torn apart by modern-day maenads. Her female characters, so sharply drawn, draw blood.

More than murder, Julia Armfield’s debut short story collection also concerns itself with transformation: late puberty is a common setting, and so are sudden sproutings, unruly desires, metamorphosis, and independence. The stories are nothing if not gothic: whether it’s a zombie ex, neglected child, end-times floods, or jellyfish strandings, some grotesquerie always reveals itself before each climax to delight and/or horrify.

A passionate horror fan from the spine-tingling to the unabashedly schlocky, Armfield gave up half an hour in her lunch break to talk It Chapter Two, ghostly visions on the Tube, and the unique cruelty of Catholic virgins.  (No men were harmed in the making of this Q&A).

Ellie Broughton: I wondered if we could start with talking about transformations. The collection is full of them, but sometimes when the characters turn into monsters it seemed to be liberating. Could you tell me a bit more about where that idea came from?

Julia Armfield: Most of the time, when you’re watching a horror film or reading a horror text, the monster is the most interesting thing. You’re chasing the main character around or the character is being chased by the monster, but the monster is the thing that you’re preoccupied with. It’s always the thing that you sell a movie with, it’s always the cover art. I find it really interesting when, in terms of transformation, the idea of becoming the monster is actually a sort of reclamation. Because my collection is mainly about women, women who become monsters are stepping into their power, rather than becoming something disenfranchised.

My Step-Sister Is a Wolf Named Helen 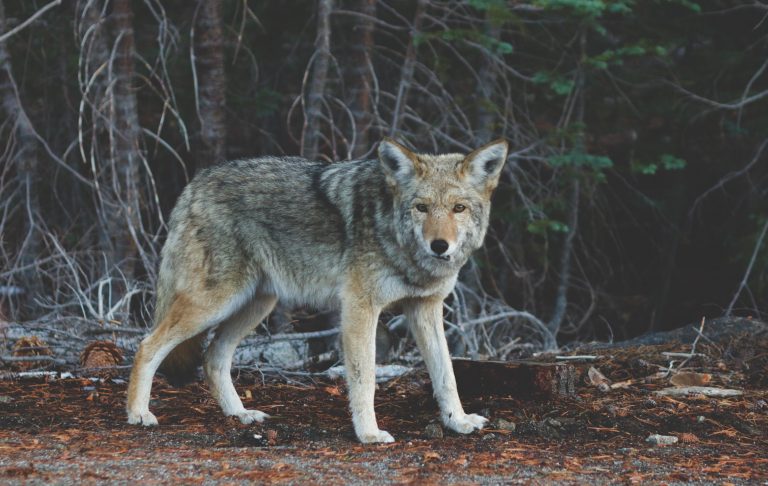 For instance, in the first story in the book (“Mantis”) there is this girl who turns into a praying mantis and for all that it is horrendous, so much of that is her stepping into her true self, in some sense.

In “Mantis,” it’s already there, isn’t it? It’s beneath her skin. It’s not something that she’s becoming, a sense of the Other. It is something that was already a part of her and I find that as well, not in that story so much, but there’s also something to be said about the reclaiming of the monstrous Queer. In old Universal horror—the old Frankenstein movies and things like that—there’s such an obvious camp quality and such an obvious sense of the Otherness of the monsters being oftentimes, in some way queer, or Other. I liked the idea of taking that back and the monster being the good thing and the monster being the true thing.

JA: I’m not tender with many of the male characters, to be completely fair—a lot of the time they’re being ripped to pieces.

I’m preoccupied with teenage girls or young women as people coming into themselves. So much of that is bound up with not really knowing what your potential is. I always feel incredibly empathetic with, and sorry for, young women who have not been told what their powers are.

There’s so much disinformation—like in “Mantis,” again, when they’re having this really unhelpful sex education and they don’t really know what’s normal and what’s going on. I feel empathetic towards the struggle of growing as a woman and the implicit cruelty, because nobody’s really told women what they are allowed to do, or what they are capable of doing. Ignorance is a kind of cruelty—it’s another form of suppression, isn’t it? So maybe there’s something redemptive about treating that with empathy.

EB: “The Great Awake” is probably a way in to your work for a lot of readers. The story is told quite calmly, but the subject matter is so frightening. The embodiments of sleep [“Sleeps”] are beautifully imagined, but we also have this threat of the epidemic of insomnia. Can you tell me a bit about where that story came from?

JA: There’s an image of them halfway through of them [the Sleeps] taking up all the seats on the train, and all the actual awake people sort of like forced to the doors. I remember thinking about that particular image—it’s a nice thought—and how I would sort of weave something into that because I often come to stories kind of from the idea of an image or a tone. I’m not particularly “plotty”: there’s always something that I want to evoke and I’ll build the scaffolding around that. With that one, it was built from that image.

I live in London, and the exhaustion of the city, the overcrowdedness and the sense of isolation come hand in hand. You can be anywhere in London, completely surrounded by people, and know nobody. A lot of it came out of that.

It’s the most metropolitan story in the collection—there are quite a lot of sea stories or rural, but this one is more about the city, to me, than about sleep, and that sense of being alone in a place where there are so many people.

EB: Do you know how you got that balance between the frightening subject and the calm tone?

JA: I think it’s just the way that I write. I like being affectless when talking about something terrifying because it’s immediately more effective. Making a comparison, I really like H.P. Lovecraft, but that’s because it’s so high-key all the time. I love that but a lot of the time in modern horror it’s a lot more effective if we’re talking about something that’s completely normal but also, like, there’s a wolf in the room, or there’s a monster right in front of you. I like the unsettling slip, and the fact that you can talk your way into an ordinary situation where something terrifying is going on. It allows us to look at it more straight-on.

EB: We’ve talked a bit about the horror films and books that you read, so it’d be good to talk about what you felt were the main influences on Salt, Slow.

Move over, Horse Girls—the Wolf Girl is the high school archetype we deserve 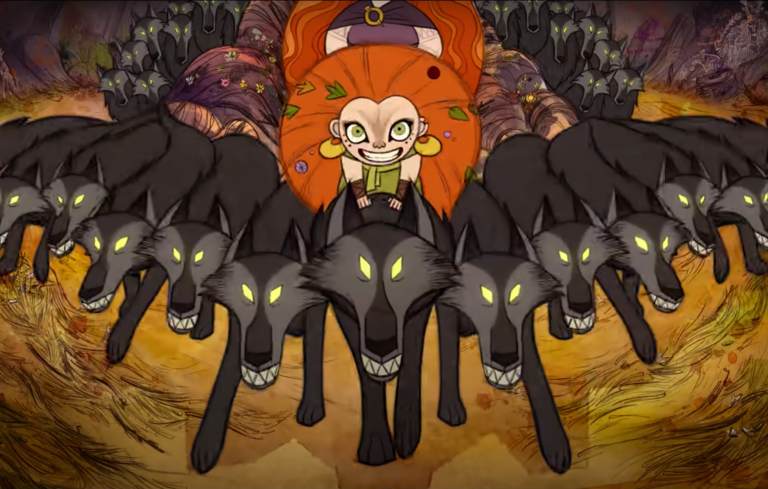 JA: I’m sure you can tell from the collection, but I’m completely obsessed with body horror. I love David Cronenberg. I love anything in which the general concept is the way that your body can contain and betray you, the unreliability of the body but also the fact that it’s the thing that entirely predicates everything about you.

Really really crap films which I love intensely are things like Ginger Snaps. It’s terrible, but it’s a really good film about this girl whose first period coincides with her turning into a werewolf.

Horror is the only genre that takes women’s fear seriously. The body is so bound up in that. My relationship with horror has always been more visual so it’s like what I said before, I often start from the idea of an image or a tone, like there’s a scene in a horror movie that I want to or some lighting in a film that I want to invoke myself.

But I love Lovecraft as well. It’s just really squirmy. I love Shirley Jackson and to be honest, for my sins, I really love Stephen King.

JA: I watched It Chapter Two way too many times, it’s really embarrassing.

EB: So we should definitely talk about sexuality. I guess a basic perspective on the book is that a lot of the approaches to sexuality in the book are frightening, or at least unusual. Would you be able to say a bit more about why?

JA: I don’t know, necessarily. Quite a few of the stories have a Catholic undertone. That feeds into a sense of misinformation, and the fact that that can breed fear and the monstrous in its own way. In The Virgin Suicides by Jeffrey Eugenides there is this great bit when one of the boys sneaks into a sex education class the girls have. And he comes back and goes to one of his friends: “Okay, listen: when they hit 13 their tits bleed.”

And it’s the weird construction of this strange Frankenstein’s monster woman who has been created by this total misinformation. Nobody knows what’s going on.

In terms of the Queer, a lot of the time I want to give it the same balance. I don’t want it to be like, “and here is a queer story.” I want it to be one and the same. But at the same time, I’m interested in the idea of the queer monster actually being the norm, and then turning that into a good thing.

EB: We should probably address the fact that so many men die in the collection. I feel like this is probably something you get pulled up on in every interview.

JA: It depends. If it’s a man there then yes, definitely.

EB: And with women, you just laugh about it.

I Cannot Get Over the Miracle of Cell Division

A Vampire Hungry for Blood and Intimacy

Claire Kohda on vampirism as a metaphor for colonialism, consumerism, and mixed-race identity in her novel "Woman, Eating"

You Better Be Good or the Aswang Will Get You