Why Are Americans So Lonely?

In her graphic novel "Seek You," Kristen Radtke searches for an explanation and antidote to societal isolation

Well before the plague of 2020 and what would turn into the loneliest years ever in America and elsewhere, Kristen Radtke began working on her graphic nonfiction meditation, Seek You: A Journey into American Loneliness. There is perhaps no book that is more perfect reading for this time—and the post-pandemic one on the horizon somewhere out there. You might be familiar with Radtke’s delightfully intimate and public visual-prose takes on New York life from The New Yorker’s Page Turner dating back to 2017, as well as from her previous stint as art director of The Believer magazine’s singular look.

In Seek You, Radtke draws readers raw into loneliness, and all its various individual and public facets, and dives us into a sizable chunk of scientific research about the topic of disconnection. Amongst the latter, include her imaginings of the terrifyingly cruel experiments of Harry Harlow, the psychologist who studied isolation and maternal deprivation using monkeys. Radtke wonders: “Did he take some pleasure in watching their suffering?” This thread had, for me, the echo of a (much lighter) observation that Radtke makes earlier in the book. She notes that having observed “companionless strangers,” loneliness might exist mostly in the eye of the beholder. “Perhaps we see loneliness in others to feel less lonely ourselves.”

I spoke to Radtke about her the very Americanness of being lonely, the special brand of pandemic loneliness, and her buoyant hopes for the world’s reconnection post-pandemic.

J.R. Ramakrishnan: You have great titles (Radtke’s first book Imagine Wanting Only This). You explain the first part in the book but I’d love to hear about the “American” specificity in the second half of the title.

Kristen Radtke: For a long time, I had a working title of Essays on Loneliness. I knew I needed “loneliness” in the title but I didn’t know what it was going to be. One of the opening anecdotes in the book was about amateur radio operators who make a “CQ call,” which is a call outwards over the airwaves to make a connection with basically anybody. Just like, “Hey, a call for anyone who wants to talk to me!” I think we all need to make that sort of antidote for our loneliness.

On the American part, I felt like there was a specific way I wanted to address the problem of American loneliness, of how we feel so much separateness. We don’t have a lot of community centers or gatherings anymore, but we do have our big yards and so on. I’m actually arguing that this separation is one of America’s downfalls.

JRR: You hit upon two things that quite define America, guns and driving, and how these things relate to loneliness.

KR: Loneliness is a very difficult way to quantify. There are ways in which scientists determine whether or not a person is lonely. There are surveys where you answer these questions where you rate how you feel and so on to see if you are certifiably lonely or not. Of course, not everyone is taking these surveys so it’s hard to say where loneliness rates are. But we can say that a lot of people live alone and they’re less likely to involve themselves in communities. And then, in places where you need to drive, we are very separate from one another since we spend most of our time in our cars. And then, gun violence is part of that kind of separation that we feel in America in that there are different value systems around guns. It’s such a dividing line: us versus them, which is a very dangerous thing.

JRR: You also speak about the community that incidents of gun violence create. In the book, you reflect on the 2017 shooting in Las Vegas and how the community came together, and how this happens with mass shootings in general.

KR: Yeah, we do. We come together to comfort one another, very obvious, but it’s also about creating this sense of [feeling like] we are separate from this tragedy. We’re kind of like a warm bath.

KR: I think you’re exactly right. There’s this idea of you must protect your lands and that kind of thinking about separation by definition and expression. In America, people are more likely to be suspicious of variables or suspicious of people that they don’t know. They don’t recognize themselves as a part of a community. The bad analogy is like they talk about with garbage removal, you want to create a pathway for the truck to go all through the neighborhood. Also when you’re planting flowers in your yard, you should think of all the other yards. But we don’t do that. I think it’s true for a lot of wealthy countries that you have to stand on your own two feet. You’re not really standing on your own two feet. You are part of a network. Everyone needs one another to survive, and not just that, but to be happy and thrive.

JRR: I thought it was very cool to see loneliness and your different explorations in images. This book is so deeply reported, and I am curious if you ever considered writing a regular prose book?

KR: Yeah, I mean basically I’ve never written anything particularly long in prose. I might write a script that I’ll later illustrate. I think any graphic novel could be in prose. I don’t think that the graphic novel is a superior form in any way. It’s the form that makes the most sense to me as an artist.

KR: Well, 2020 was, of course, it was probably the longest loneliness. To me, this felt like a kind of a different kind of loneliness because it was imposed upon all of us. One of the difficulties with loneliness and one of the reasons it is so painful is because it can feel like a personal failing. Why didn’t I do a good enough job of finding a family or building up a network of friends, becoming popular, or whatever?

However, during the pandemic, we have been all alone or in our little isolated pods. I think, especially at the beginning there was something of a solidarity or a sense of camaraderie, which started to change the idea of loneliness for a lot of people. That wore off as time went on and people got worn out. What I think is valuable about this time of loneliness is that it has been exposed as a problem. But it’s not like there’s a solution to be had during a pandemic when the solution is something that could kill you.

JRR: What do you do when you feel lonely?

We’re Always Connected Online, and We’ve Never Been So Lonely 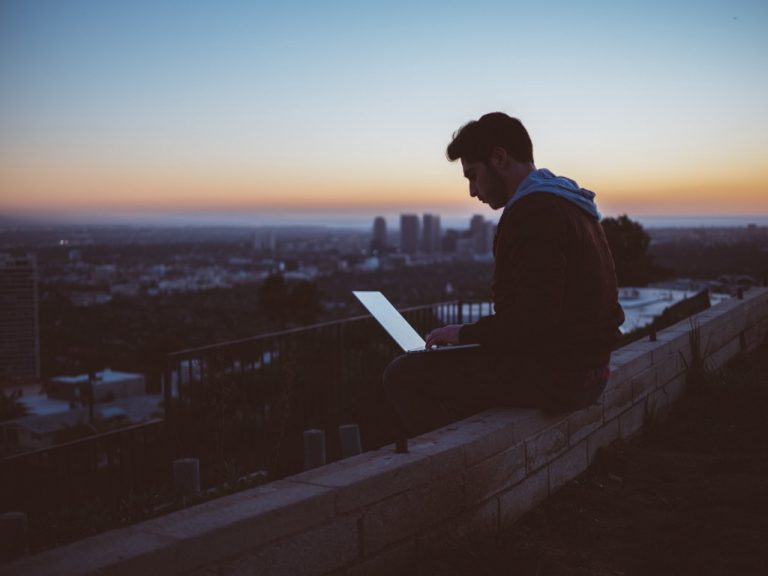 KR: I try to deal with it by doing something different. Like I will send 700 text messages to see who wants to go do something. Loneliness, though, can sometimes be hard to distinguish between like a regular kind of listlessness, or like, what are they saying that we’re gonna experience after the pandemic: languishing. That’s the thing for 2021, we are all languishing. When I feel a twinge of  dissatisfaction, it feels a lot like loneliness. Then, I’ll try and do something that will be a guilty pleasure. But generally, I try to reach out to another person.

JRR: I thought it was interesting the part where you cite an MIT study about mice going into overdrive after isolation. Is this what maybe the rest of 2021 and perhaps more likely 2022 in America (at least) is going to look like? There’s a lot of people talking also about post-Pandemic awkwardness.

KR: Yes, I keep seeing articles about people fearing or having social anxiety. And that is really emblematic of what it’s like to be isolated. Socializing isn’t awful. You’re just out of practice.

The thing about the pandemic, it’s maybe trickling out. It’s not like there’s going to be one day where we all throw open our doors together, and know it’s done. But yes, when this is over, I am hopeful for the idea of a new Roaring Twenties. I want us to go all out! I want us to be together all the time!

Even I Don’t Know Why I’m at This Baptism

"Godfather" from The Boundaries of Their Dwelling by Blake Sanz, recommended by Clare Beams

A Genre-Bending Thriller that Examines Mental Illness and Neurodivergence

In Maria Dong's novel "Liar, Dreamer, Thief," a woman has to unravel the mystery surrounding her coworker's suicide

Revealing Your Deepest Insecurities in a Method Acting Class

Nick Drnaso, author of "Acting Class," on performing social norms and the thrill of making yourself vulnerable

7 Books About the Pharmaco-Industrial Complex

Anne K. Yoder, author of "The Enhancers," recommends literature about drugs, both the legal and the illicit kind