The committee had a chance to show a new attitude towards diversity and inclusivity in literature, but it squandered that chance

Today in Stockholm the Swedish Academy awarded the Nobel Prize in Literature to Olga Tokarczuk, a Polish author and activist, and Peter Handke, an Austrian writer. Last year there was no prize awarded, because a man affiliated with the Swedish Academy was accused of rape and seven committee members resigned in protest. This year, the prize is back twofold, and based on its choices, the Academy has learned nothing.

Tokarczuk’s prolific body of work, which includes the 2018 Man Booker International Prize-winning novel Flights, has made her a bestseller in Poland, where she is also known for her vocal criticism of the government and right-wing politics. In its commentary, the Academy praised her “narrative imagination that with encyclopedic passion represents the crossing of boundaries as a form of life.” Handke is an Austrian playwright of Slovenian descent who the committee praised for his “influential work that with linguistic ingenuity has explored the periphery and the specificity of human experience.” In other words, despite Tokarczuk’s literary and political bona fides, these are two white Europeans, giving the lie to any claim that the Academy wants to represent and reward global literature. But it gets worse.

While Handke’s work covers a wide range of formats and themes (his first, career-making play, Publikumsbeschimpfung (Offending the Audience, 1969) is based on the idea that actors insult the audience simply for attending), he’s been particularly outspoken about the Yugoslav War, including his critical stance of NATO involvement and his support of Serbian nationalist beliefs, such as the false claim that Muslims staged their own massacres in Sarajevo. Handke even spoke at the funeral of Slobodan Milošević, the former President of Yugoslavia who was charged for war crimes in connection to the genocides in Bosnia and Kosovo. Not surprisingly, Handke is no stranger to controversy. In 2006, he was awarded the Heinrich Heine Prize only to have it withdrawn after protest from the city council, while his 2016 International Ibsen Award was condemned by PEN Norway and caused Bernt Hagtvet, a Norwegian expert on totalitarianism, to say “awarding Handke the Ibsen Prize is comparable to awarding the Immanuel Kant Prize to Goebbels.”

Today was the first time the Nobel Prize in Literature has been awarded since 2017, when Jean-Claude Arnault, a Swedish-French photographer married to a member of the Swedish Academy, was accused of sexual assault and sentenced to prison. In the wake of the scandal, Anders Olsson, the permanent secretary of the Swedish Academy, announced a hiatus for the prize, saying, “We find it necessary to commit time to recovering public confidence … before the next laureate can be announced. This is out of respect for previous and future literature laureates, the Nobel Foundation and the general public.”

The Arnault scandal shed a light not just on the sexual misconduct of one man but on the arcane workings of the Nobel Prize itself, which has a dismal track record of inclusivity. Of the 116 laureates in literature, only fifteen are women, few are writers of color, and English has more than double the number of prizes than the next most awarded language, French.  Just last week, the Academy admitted that the prize was “much more male-oriented” and that the committee “had a more Eurocentric perspective on literature, and now we are looking all over the world.” The Academy promised that this year there were several organizational changes, including the appointment of five independent experts to help choose winners.

Do We Still Need the Nobel Prize in Literature? 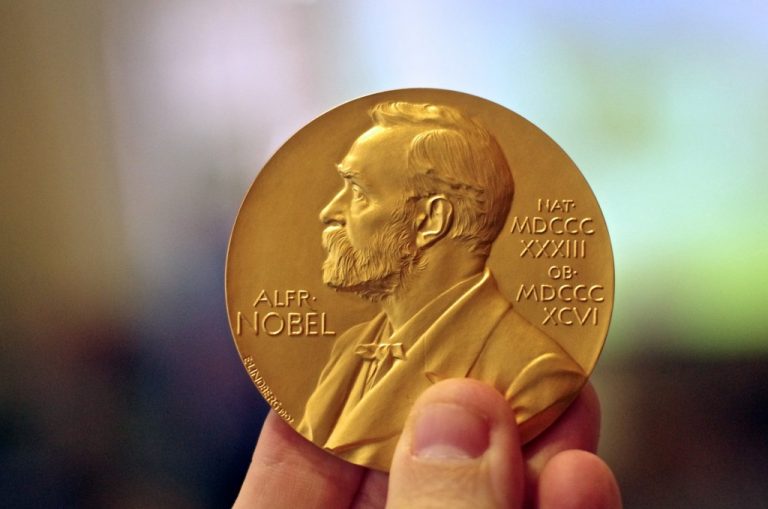 Those that support the Academy’s decision argue that Handke and Tokarczuk should be seen in context together. As Fiammetta Rocco, the culture correspondent of the Economist and administrator of the Booker International Prize, said in the Guardian, “There’s more in seeing them together than separately. The more I think about it the more I think it was a very conscious choice to pair these two writers together.” But this unique opportunity to award two prizes at once means that the authors will inevitably, and arguably should, be considered both in tandem and alone—indeed, it’s a rare chance for the Academy to make an additional statement about its values. And the Academy seems to be saying that, even with extra awards at its disposal, it could only find Western writers worth choosing. Just as problematically, it is making a tacit statement that far-right views that include nationalist and racist beliefs are valid.

When the Academy announced that it would suspend the prize in Literature for a year, it was encouraging to see such a prestigious organization make a seemingly actionable and concrete move towards change. So it’s hard not to feel let down, if not confused, that it would miss this opportunity to prove the Nobel Prize in Literature is an egalitarian prize with global concerns. While both of this year’s prize winners are from outside Western Europe (at least by descent—Handke has lived in France for the last 30 years), they are still both white and European. It would have been more powerful for the Academy to choose at least one writer from outside the West (there were plenty of deserving possibilities!) in order to underscore that great literature can come from anywhere and includes non-white and non-European perspectives.

Jac Jemc Is Living in the Gray Areas

The author of "False Bingo" on empathy, her grandparents, and the perils of call-out culture

We Partied With Padma Lakshmi, Union Supporter, at the National Book Awards

The National Book Awards Put Black Lives at the Center

In the middle of the broadcast, a heartfelt video celebrated Black writers, acknowledged their erasure, and pledged to do better

Apple cider donuts or pecan pie? Let us tell you what book to pair with your seasonal snacking