What If the Afterlife Sucks?

In Vikram Paralkar’s Night Theater, a surgeon exiled to a clinic in rural India has to deal with the inconveniences of the backwaters—cockroaches, corrupt officials, and empty medicine cabinets he fills with his own money. Until one night, a family appears asking for his help.

They have been murdered in a robbery and tell the surgeon that if he can mend their considerable wounds—before sunrise—they will live fully again. When the surgeon looks at their bodies, their gashes have not a drop of blood. The corpse family are bloodless. With this fantastic imagery, Paralkar launches his fable-like tale spanning a single night.

But before we even get to the surrealism of the operations on the dead and the intimacies of putting bodies back together—Paralkar’s day job is physician-scientist and his focus is leukemia, a cancer of the blood—there is his startling, and very precise prose:

“The sun was a bag of blood sliced open by the horizon, smearing the squat brick houses. The parched ground stretched before him, covered with a rash of dry yellow weed.

Every speck of this village seemed created to crush the life out of him. He felt an intense hatred for it all–the dust that lay heavy on the earth, the bone-white trees clawing with ludicrous ambition at the sky, even the mongrels that limped from door to door for scraps of meat. If it all could vanish, the world would only be enriched.”

If Paralkar’s rending of the earthly setting unsettles, wait till you read his version of the unending afterlife, which drips out of the family as the surgeon races to finish his work before dawn when the clock on their second chance at blood-filled human lives runs out.

I spoke to Paralkar, who was born in Mumbai and now lives in Philadelphia, about the novel’s genesis, reporting rural medicine, and imagining the most awful what-happens-after-we croak scenario.

JR Ramakrishnan: The setting of the rural clinic is quite wretched. The place certainly, the cockroach and tobacco-spitting scene, seemed reported. Have you had experience of rural medicine in India or elsewhere?

Vikram Paralkar: The disparities in healthcare in India are quite stark. There exist lavish, private, five-star hospitals catering to patients with deep pockets, and, at the other extreme, there are clinics for the poorest of the poor, where resources are dismal and vermin infestations are common. Part of my medical schooling in India required working in such clinics, both within the city of Mumbai and in rural rotations. Conjuring this kind of setting for Night Theater wasn’t difficult, because I’ve experienced it first-hand.

JRR: Where did this idea come from? You obviously deal with death and bodies as a doctor and researcher. When was the moment you first considered the idea of bloodless corpses?

How Am I Going to Explain a Dead Angel?

“The General Zapped an Angel” by Howard Fast, originally published in 1969, recommended by his granddaughter, Molly Jong-Fast 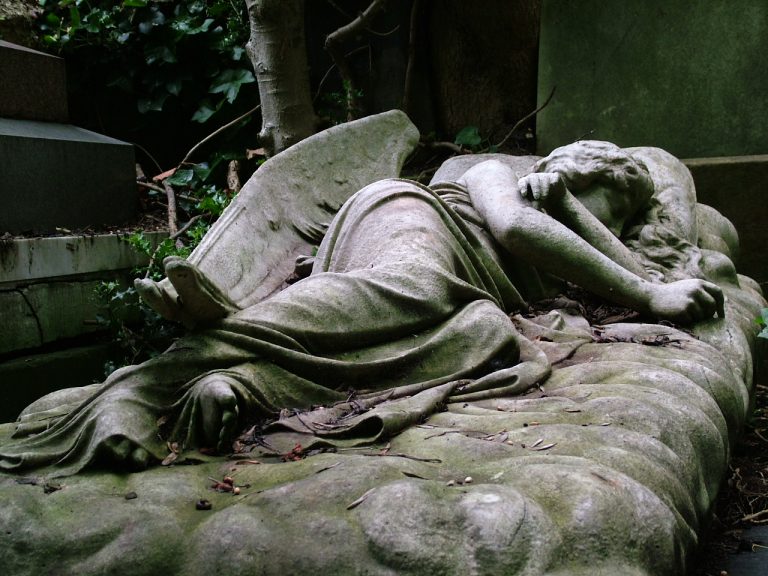 VP: The broad outline of Night Theater came to me almost fully formed. A doctor in an isolated setting, lacking even the resources to perform normal medical tasks, is charged with bringing the dead back to life. I don’t think I can pinpoint the exact source of the inspiration, but Kafka, Saramago, and Camus were definitely swirling in my mind when it happened. Then came the process of fleshing out (ha!) the mechanics of the story, which was something I genuinely relished, because it felt like putting together the gears of a clock. One thinks through the fundamental facts on which the story will rest, thinks through their second- and third-order implications in sufficient detail, and suddenly the story snaps into place and begins to tick. The premise of my tale actually changed little from the first day I imagined it—the protagonist was to be a moral surgeon in a corrupt society, approached by patients with bloodless bodies, and forced to mend their bodies before dawn. Everything else was detail.

JRR: This afterlife you describe in the book seems pretty hellish. I felt the endless walking on the plain, the absence of geography and no feelings that your dead family describes felt somehow worse than regular depictions (Christian versions perhaps) of hell. How did you come to it? And then your angels are bureaucrats!

VP: In many religions, the afterlife is an escapist fantasy that is supposed to rescue us from this “vale of tears.” The impulse is understandable, and of course very human—we all desire bright, just futures, and what better way to satisfy this desire than to posit an eternity of joy for the righteous (and endless damnation for the sinful and the unwanted)? I specifically sought to turn this idea on its head, and present an afterlife in which the very things we seek to escape (bureaucracy, drudgery) are heightened and ubiquitous. Kafka was an obvious inspiration here, because his writing captured something that no author before him had captured—the idea that large societies, and their resulting bureaucracies, are capable of reducing human beings to cogs. Well, what larger society can one imagine than the community of the dead?

To me, personally, the truly terrifying aspect of all afterlives is their infinity! Imagine existing without end, without any say in the matter! I would much prefer to treat life as Epicurus advises—as a feast from which one eventually steps back, sated and satisfied. Perhaps Night Theater will cause the reader to question whether an afterlife is truly desirable, and reckon with the preciousness of the earthly lives that we do have, the imperfect bodies that we are fortunate to possess, and the fragile hope that we can nurture through our relationships with those around us.

JRR: I was interested in how the dead are affected by borders, in that if they leave the village’s boundaries, they will die again. Could you talk a little about this?

VP: One of my editors remarked that Night Theater would be easy to translate into a stage play, because it’s so contained in terms of its timeline, its setting, and its cast of characters. This was a deliberate choice on my part, because I wanted the reader to experience at least some of the existential struggle of the surgeon. One way to execute this was to set the story in a tight, claustrophobic setting. Everything in the novel would occur in a single night, in a single clinic, in a single village, with nameless characters, and with no way out. The boundary of the village would become a forbidden fence that the dead could not traverse (for reasons that become clear in the course of the tale). In a way, the boundary was also an emblem for the isolation of the surgeon, and the fact that his past misfortunes had trapped him in this clinic. The impossible predicament of having to mend the dead provides the surgeon a way out of his own psychological prison, and I will leave it to the reader to decide whether the surgeon is able to transcend that particular boundary.

JRR: Indian doctor novelists/non-fiction writers seem to be a sub-genre of writers these days. I feel like you guys shame the rest of us in terms of productivity and writing. How do you get everything done?

VP: I don’t. You should see the list of things I couldn’t get done.

Creating a World in Which Everything That Dies Is Mourned

The Complicated Afterlife of a Murdered Social Media Star

"A Woman Like Her" is a portrait of Qandeel Baloch, a Pakistani woman who refused the life set before her