What Reading Bukowski’s ‘Women’ Taught Me About Men

Could delving into an author I’ve always avoided help me understand the men in my life who love him?

In Late to the Party, we ask writers to read a seminal author who has somehow passed them by. You can read previous entries here.

When I began working as a bookseller almost two and a half years ago, I frequently said to no one in particular as I shelved books in the poetry and fiction sections, “I have a thousand and one reasons I’ll never read Bukowski, and they’re all named Trevor.”

I avoided Bukowski in high school without even trying, simply because I had no male authority guiding me to his work. I focused instead on the Daves — Dave Eggers, David Foster Wallace, and David Sedaris — all because my favorite teacher, a quirky and energetic man, mentioned those writers were among his favorites. Nor did I ever reach for Bukowski in college. None of my syllabi included him, as I focused my coursework on Indian and South Asian writers, and later ultra-contemporary short stories. But the real reason I never touched his work at that age? No man I wanted to sleep with thought I should.

Until I left school, and really until I met my current partner a year and a half after that, I aligned my taste (in literature, in music, in whatever I could) with the sensitive young men who caught my (always looking) eye. I spent my first year in New York City going on a lot of dates. I scoured dating profiles, and the same name kept popping up — Charles Bukowski. But Trevor left an especially bad taste in my mouth. We didn’t date for long, and things didn’t end well. Thanks to him, I associated Bukowski with condescension, infidelity, and a sheer unwillingness to sexually satisfy a woman. I saw Trevor’s smug face every time I put a copy of Ham on Rye back on the shelf, raising his eyebrows in mock surprise that someone who calls herself a writer has never read Bukowski’s seminal novel.

In short, back then, my taste in literature — both what I sought out and what I avoided — was formed by infatuation more than my own preferences. I was not confident in my own personality or opinions to hold the interest of my latest crush, so I read his favorite authors so he could tell me about them — or, in the case of Trevor and Bukowski, spurned them out of spite. In the time since then, I’ve grown up. I read for only myself now, focusing exclusively on young female writers with a powerful story to tell. I’ve become an advocate for these emerging voices, and haven’t read a book published before 1980 in about two years.

But I somehow cannot escape Bukowski’s pull. My current partner has Bukowski cover art tattooed on his left bicep. He has a tattered copy of Women he read after a terrible breakup six years ago. The moment I learned that, I knew I would have to read it too. The bad dates with Trevor (and others) aside, Bukowski-reading men aren’t all bad. They can be clever, sensitive, and creative. They’re also, unquestionably, messed up — just like the protagonist of Women, Henry Chinaski, who pinballs from fling to fling, unable to be satisfied. But the truth is, as problematic as it is to admit this, I am drawn to “damaged” men, in much the same way way damaged men are drawn to “damaged” women in the Manic Pixie Dream Girl books and films I criticize for stripping women of their agency. Would finally reading Bukowski help me comprehend exactly what their damage was?

I borrowed my partner’s tattered copy of Women, curious to stand in his shoes and read what he did to mend his broken heart. I hoped it would help me better understand him, or at least the “him” of a time before we had even met. I hoped that in reading this novel, I would also understand the men behind those bad dates, the great men in my life now, and possibly why I tried so hard to impress them.

Late to the Party: Stephen King’s IT

Reading the master of American horror for the first time 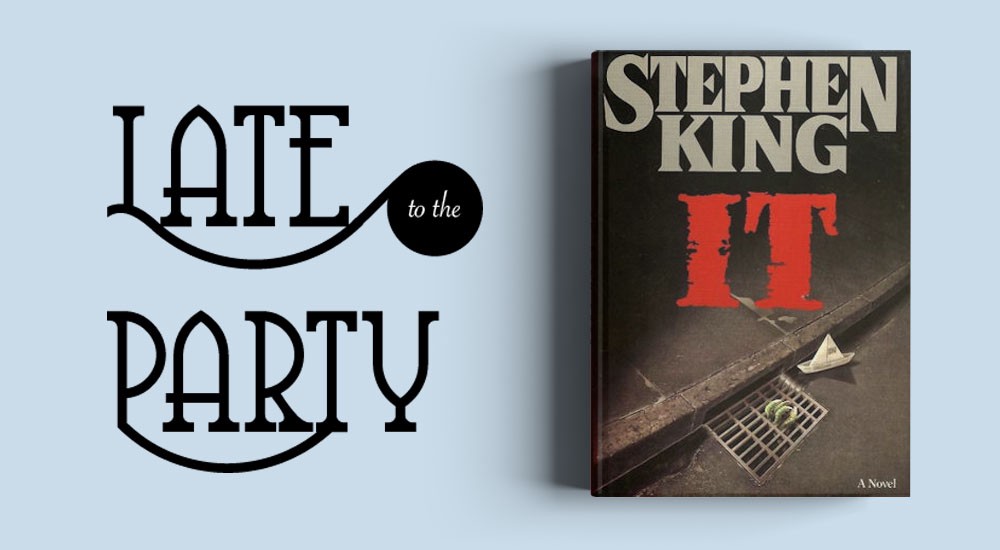 Women is a straightforward first-person narrative. Poet and novelist Henry Chinaski lives in Los Angeles, and writes a few poems each day when he’s not drinking beer or having sex. He’s successful — though we don’t see his poems, he frequently gives readings at universities, and has garnered a fan base of predominantly young women, most of whom are aspiring writers themselves. He pursues a relationship with Lydia, a sculptor and single mom. They make each other miserable and happy in equal measure. After Lydia moves away, he has a series of short-term flings with women he meets through friends, or fans who reach out to him over the phone or by mail. He seeks fulfillment through repeated sexual encounters, but can’t seem to find any.

When I reached the halfway mark, I told a coworker (a male Bukowski fan I really respect) that I found the text “unsettling.” I like grit and I like grime. I like that, despite his success, Chinaski drives a beat up car and lives in a squalid house. I like that he is unattractive, and his success with women (at least in the short term) is based solely on his talent as a writer. I like that he (sometimes—okay, rarely) cares about pleasing his partners during sex. I like that he meets his match in one or two women who won’t sleep with him, but I will get to that later. But that’s it — that’s all I like.

The novel is rife with problematic viewpoints. Chinaski rarely seeks affirmative consent with his partners, he’s horrifyingly misogynistic to these women and to the reader, and his daily routine is so mundane I feel like I read a thousand-page tome instead of a mid-length novel. I realized early on that I was right to never read Bukowski’s work. I continued, though, to satisfy my curiosity. There’s a reason Bukowski is popular among the men I’ve been with, and I was determined to discover why. Then I found the meditation on love and loneliness I was looking for. “I thought about breakups, how difficult they were, but then usually it was only after you broke up with one woman that you met another,” Chinaski says after leaving yet another paramour. “I had to taste women in order to really know them, to get inside them. … So I explored them as best I could and I found human beings inside.” He goes on to say,

I was sentimental about many things: a woman’s shoes under the bed; one hairpin left behind on the dresser; they way they said, ‘I’m going to pee…’; hair ribbons; walking down the boulevard with them at 1:30 in the afternoon, just two people walking together; the long nights of drinking and smoking, talking; the arguments; thinking of suicide; eating together and feeling good; arguments; the jokes, the laughter out of nowhere; feeling miracles in the air; being in a parked car together; comparing past loves at 3 AM; being told you snore, hearing her snore; mothers, daughters, sons, cats, dogs; sometimes death and sometimes divorce, but always carrying on, always seeing it through. …

And with that, I got it. My expectations for the book rested on the men in my life I knew had read it, and I could not understand how these soulful and creative people (even the bad ones somehow wooed me for a brief period of time) could idolize a text rife with violence and misogyny. But I suddenly understood. I finally recognized Chinaski’s aggression as a mask for sensitivity and romance he did not understand in himself. I did not get the journey from damaged man to fixed man I hoped for, but I found my motive for reading.

I didn’t like Women, but I gained a few things from reading it. The book offered a better understanding of Los Angeles literary culture, and insight into the power dynamics that inform sexual relationships. I liked reading about a time when iPhones weren’t invented yet, and writers still banged out their manuscripts on a typewriter without any irony. The act of reading Women reminded me how far I’ve come as a reader and writer. I felt visceral horror at Bukowski’s depictions of Chinaski having sex with women without their consent. I am not too far removed from a time in my life where that wouldn’t make me red with rage. My rage could not keep me from thinking critically about the text as I do with current novels I adore and applaud. I felt proud of myself for engaging with art I knew would make me upset, which is something I tell my friends to do all the time.

But mostly, Women taught me about men. Eventually Chinaski comes around to admitting his behavior might be a problem. “Could I keep on telling myself that it was merely a matter of research, a simple study of the female? I was simply letting things happen without thinking about them. I wasn’t considering anything but my own selfish, cheap pleasure. I was like a spoiled high school kid.” But he does not change. His self-deprecation and timid approach to being a better person reminds me of the worst qualities in those Bukowski-reading men I’ve known — Trevor, in other words. But the Trevors of the world don’t have the option of writing themselves an understanding partner, or a successful career, so they have to be better when Chinaski is not. To be “better” is to treat women as intellectual equals, and not sexual playthings. To be “better” is to act unselfishly. To be “better” is to have impulse control.

I will continue to engage with art that makes me angry because I can’t write about the world if I don’t know about the world, and every new book I read is a chance to join a different conversation. But I have no plans to read any more Bukowski novels — I don’t care for his voice. Still, I’m grateful for the opportunity to learn what he was saying to all the Trevors who worship him. I struggled with Women, but I am a better reader and writer for having done so.

Ursula K. Le Guin Explains How to Build a New Kind of Utopia

A Hoagie by Any Other Name Makes Me Just as Hungry

​​Elif Batuman on the Tragedy of Heterosexual Dating