Why Aren’t There More Books About Asian Slackers?

Navigating the internet never used to produce this level of collective anxiety. As early as ten years ago, it still felt like there was a chance that technology could accelerate us into a happier future. The mask has since been ripped off, as targeted advertising follows you wherever you go, trolls are ready to run you offline for expressing any non-normative identity or opinion, and tech companies have sold your privacy for a profit.

Kevin Nguyen’s debut novel, New Waves, is set in the New York startup scene of 2009, during those last days of so-called “tech optimism.” Lucas is a Vietnamese American 23-year-old working a low-level customer service job at a tech company—the kind with foosball tables, free snacks, and no functional HR department. His only highlight is getting drinks after work with his best friend Margo, a brilliant Black engineer who rails against the racism they face as the only people of color at the company.

After Margo gets fired, she and Lucas team up to steal their company’s user database in retaliation. But when she dies suddenly in a car accident, Lucas is left aimless and grieving. He seeks comfort from Jill, a struggling sci-fi writer that Margo had befriended over a semi-anonymous online forum, while also managing the web of privacy violations racking up at his Snapchat-esque employer.

A variety of themes and plot threads compete for your attention in New Waves, but it all manages to come together as an incisive satire of startup culture, an exploration of a life defined by science fiction, and a stirring reflection on how identity is made and unmade online.

I spoke to Kevin Nguyen, features editor at The Verge, about working in tech, finding community on a decentralized internet, and the limits of Asian American representation.

Taylor Moore: What was it like to translate all your experience in the tech world into the novel?

Kevin Nguyen: I started jotting notes that would eventually become the book when I was working at Oyster [a “Netflix for Books” app acquired by Google in 2015], which was a place I liked, but you know, when you’re inside tech, you see a lot of strange things.

The Tech World Is So Embarrassing 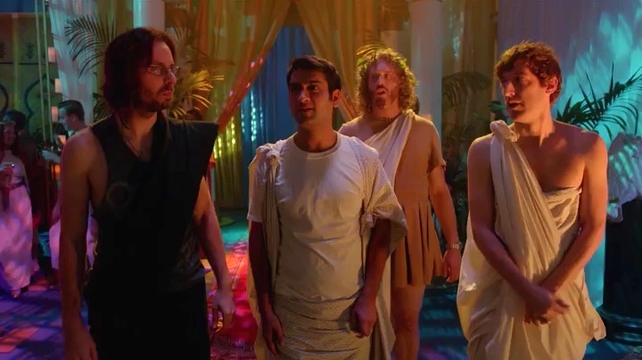 From the inside, so many things just felt wrong—not just sexist and racist, but sloppy and inconsiderate. All the incentives just kept demanding that we grow and and it was interesting watching that scramble happen day-in and day-out and how quickly it would erode people’s sense of right and wrong. Everyone was well-meaning; it’s just we had to move so fast on every decision that we made that there wasn’t really time to be thoughtful about it.

It was 2014-2015, and we were in the last days of tech optimism. 2016 was when we finally hit our reckoning with tech companies and the kinds of consequences and harm that they can cause upon people and societies.

TM: What’s something that people who haven’t worked in the startup world don’t understand about that kind of workplace?

KN:  It’s actually hard to get across the energy and excitement that is very infectious. And I definitely bought into it. It manifests itself in a bunch of different ways and can be used to take advantage of employees pretty easily, but I don’t know, there’s a part of me that misses that a little bit. It’s a weird experience. People don’t quite expect that. To do these jobs, even though they’re kind of menial, can suddenly feel exciting when you give people a sense of purpose.

TM: Lucas and Margo become close friends in the workplace, but they first came to know each other through an online forum dedicated to archiving obscure music. From what I can tell, those small pockets online have pretty much gone away with Facebook, Twitter, and Instagram in the past 10 or so years.

I’m curious: what do you think has been lost with the collapse of the decentralized internet?

KN: There’s a sense of community that’s been lost. The communities have moved to those social networks and they’re just too big. I know you can find pockets of Twitter—there’s Book Twitter, right?—but that community is so vast and disparate and disorganized. It’s really hard to form any kind of meaningful connection through that.

These internet forums that used to exist were super niche, and you could really have a healthy internet forum with just 100 people, maybe even less. Posting in a forum just felt more deliberate. The forum that Lucas and Margo meet on is called PORK, which I kind of named in reference to an old torrent site called OiNK that I was actually not part of. It was very exclusive, very elitist, you needed an invite. But you know, it speaks to this era where people were trying to keep communities as small as possible. Whereas now with Twitter, Facebook, and Instagram, their goal is to have as many users as possible.

TM: Were these online communities formative for you growing up?

KN: It was just what I was doing as a middle schooler and part of high school—I was on a bunch of forums. I feel like the closest thing we have to this now, or did have, is Tumblr, because a lot of these forums are where I discovered music and movies and a version of culture that didn’t really exist in my life in the suburbs of Massachusetts. You know, I was learning about all these books and all these old movies and things that were just out of my aesthetic palette that I would encounter on a daily basis on the internet.

TM: Margo says something in the book that I think was really poignant. She says that science fiction makes her feel nostalgic for the future. What about this retro vision of the future is different from how we see the future today?

KN: The funny thing about Margo is she’s very cynical and very skeptical, but at the same time she still embodies that tech optimism. She reminded me of a lot of engineers that I’ve met. Even the very critical ones, at the end of the day, believed in working towards something in the future—that things can be better. That’s the only way you can operate in tech and I don’t think it’s a bad way to operate.

There’s a very strong anti-tech sentiment right now that is not unwarranted, but [tech is] here to stay and you want people that are really thoughtful and skeptical, but also believe in it enough to keep working on it and trying to make it better. I think a lot of those engineers are influenced by the same sci-fi as Margo. I thought it’d be fun to have her be influenced by 60s pulp science fiction. Robert Sheckley is an author who I based a lot of her stories on.

TM: I noticed you’ve written quite a few profiles of Asian American actors and writers and just generally about representation or lack thereof. I was curious: what ways have you tried to avoid stereotypes in your own writing?

KN: This came up a bunch when people were reading the book and I was shopping it around. So, Lucas is kind of a loser, right? He’s bumbly, he’s not particularly smart, not very likable even.

I had an editor that I started with, she’s Japanese American and feels very strongly about representation. She’s like, “Why did you make Lucas such a loser? There’s so few depictions of Asian men—why did you lean into a negative one?” Which is a really good question. And I was like, “If all the authors I love, like Ben Lerner, can write a bumbly, stupid white guy that drinks too much and walks around Brooklyn, I think I can make an Asian one. I feel like that’s representation.”

TM: A couple months ago, you tweeted: “I would love to read one piece about Asian American racism that does not reference Sixteen Candles. Just once!!!!” How do you think conversations about representation have stalled? And where do you think the conversation should be?

KN: I don’t want to jump too hard on anyone that’s having this conversation because one of the challenges among Asian Americans is just explaining that racism towards Asian Americans exists. Some people just don’t believe it. It exists in a very different form than it does for Black people or Latinx people. In some ways, the perceived proximity to whiteness that Asian Americans have gives them a little bit of a pass on a lot of forms of racism or even convinces them that they themselves are not victims of racism.

I do think that the conversation is so caught up in representation on TV and film. Racism takes stronger forms than who we cast in Hollywood, which is important, but it’s not the only thing. We just keep referencing the same movie from the ’80s. 30 years ago is not that long, but, like, people are being deported. People are dying. You know? The stakes are different. I think that’s where the conversation has stalled. It just feels like the way we talk about the end goal is to have an Asian Marvel hero. That’s great, I’d love to see that. That is just one small piece of a much bigger puzzle.

Ling Ma on the Swampy Logic of Dreams

In "Bliss Montage," storytelling blurs the line between nightmare and pleasure

Our lives are often important tools for the plot, but agency is nowhere to be found

C Pam Zhang, author of "How Much of These Hills Is Gold," on how immigrant stories have the right to stand as large as Greek myth