Why Is There a Stigma Around Menstruation?

Chloe Caldwell examines social and cultural attitudes towards periods in "The Red Zone: A Love Story"

Have you ever gone to the doctor with a problem that you can’t quite put a name to only to be told that it’s “in your head,” or, worse, leave with a recommendation to “try yoga”? Have you tried to confide in those near and dear to your heart only to be told probably have a vitamin deficiency? Or, my personal favorite recommendation, reduce stress? (LMAO.) It happens more than you think.

It wasn’t until her thirties that Chloe Caldwell started experiencing increasingly volatile hormonal cycles. What was once uncomfortable, and, at times, even painful, now was starting to dominate her life—from her moods to her relationships. Correlating her anxiety and rage with her menstrual cycle, Caldwell began the process of trying to find answers.

In The Red Zone: A Love Story, the critically acclaimed writer takes a closer look at her period, in addition to history of menstruation as a whole. From rubber pants, rags, and other archaic devices to today’s Thinx period underwear, Caldwell examines how social and cultural attitudes towards the period have changed, and how these shifts (or lack thereof) have affected the health and general wellbeing of those who menstruate. It’s through this research that Caldwell discovers Reddit threads and other communities on the Internet suffering from premenstrual dysmorphic disorder (PMDD), which she is (eventually) diagnosed with.

Validated at long last, Caldwell sets out to create space in her life for her diagnosis, starting with writing this bold and powerful book guaranteed to be a faithful companion for anyone who’s ever struggled with their period.

Greg Mania: Where do you think we are in terms of eradicating the stigma around talking about menstruation and premenstrual syndrome?

Chloe Caldwell: It’s come so far, but that really depends on where you’re looking. Like, my Instagram is lately ONLY people talking about periods, photos of graphic bleeding, and hormone help. But that’s because that’s what I follow. Then there’s the “People Have Periods” ad released by the company Luteal. This is just something you’d never have seen even five years ago. It’s evolving constantly; it’s almost hard to keep up, but I’m so grateful for it. In the book, there is a chapter called “The Linen Closet,” which follows period technology all the way from rubber pants, rags, and menstrual belts, to where we are now with Thinx period underwear. To watch the evolution still blows my mind.

Just the other week, there was this article in CNN about a teacher in Texas who created a “menstruation station” in her classroom. It’s so encouraging that teachers are thinking this way—back in the ’90s, you were barely allowed to go to the bathroom without a hall pass and a whole power trip of signing out. And if you forgot your own menstrual supplies, forget it.

GM: What are some things on the subject that aren’t being talked about enough—or missing entirely—that you would like to see being discussed—or depicted!—more openly?

CC: I don’t think we talk to kids enough about periods. That’s what made me super sad in “The Linen Closet” chapter, realizing that nine out of ten stories of people’s first periods were negative. My theory is that since so many of us had negative first experiences, we then shut down our bodies. This is tough, because I also don’t want to be the parent or person who is, like, overdoing it and talking about periods all the time. But I do think there’s a way to at least neutralize them. I mean, they were called “the curse” back in the day! That’s nutty. Periods are a fact of life, and every kid/teenager who gets their first period deserves to be educated on what is happening with their body.

GM: Especially because it’s not a one-size-fits-all situation!

CC: Exactly. Some kids are ten-years-old. Imagine being a ten-year-old and having to deal with bleeding and cramps and managing all of that during fourth grade. Others are 18 when they get their periods and have barely any symptoms. There is an enormous spectrum, and the more people talk about it, the more supported kids will be.

GM: The road to diagnosis is anything but linear—trust me, I know. It’s taken me years to get diagnosed with some of the chronic conditions I live with. How did you feel once you were able to name what you’ve been going through?

CC: When I found that one doctor who really believed me and listened to me, and I left my appointment and sat in my car with my paper that said “PMDD” on it, I felt so relieved. Like, SUCH relief. It was similar months earlier when I found the PMDD Reddit group and could read all of these experiences that mirrored mine. It was unbelievable.

GM: I have fibromyalgia, which, like PMDD, is something that hasn’t been recognized as prevalent until recently. Are you optimistic that by sharing our stories more openly, we’ll be met with more validation in doctors’ offices?

CC: I am optimistic about that. I think the reason my experience with the second doctor was so positive was because I really advocated for myself. I had done my research; I was confident in my knowledge, and most of that knowledge had come from the internet. With my first doctor, I presented it more shamefully, I think, with my tail between my legs. It sucks that the patient very often has to educate the doctor with some of these disorders.

GM: Yes, same here! It wasn’t until I did my own research that I was able to walk into a doctor’s office and advocate for myself. And this doctor actually agreed with me! I feel like the whole notion of getting a second opinion is born from a patient’s visceral reaction to being, in some way, dismissed. I think we need to shift from going to the doctor to be told what’s wrong with us to collaborating with doctors to find answers and corresponding solutions.

CC: So true about second opinions! Never thought of it that way. Collaborating is a great way to think of it, and I’ve found I get that more from eastern medicine, like acupuncturists are very collaborative.

GM: Did writing about PMDD teach you anything new about living with it? If so, what?

CC: Well, it taught me that it’s incredibly challenging to write about. Because whenever I was writing about PMDD episodes I was usually in a more-stable state of mind so it felt difficult to get it onto the page. I think through writing it was how I figured out that treatment was such a layered approach. That’s why toward the end of editing, I changed one chapter name at the last minute from “Things That Helped” to “Things That Helped But Who Really Knows Since Treatment Was Such A Layered Approach?” PMDD is still a goddamn mystery to me.

GM: I always ask my fellow chronic club members if they practice radical acceptance, which is a skill taught in dialectical behavioral therapy (DBT). Is it something you try to incorporate in your life? 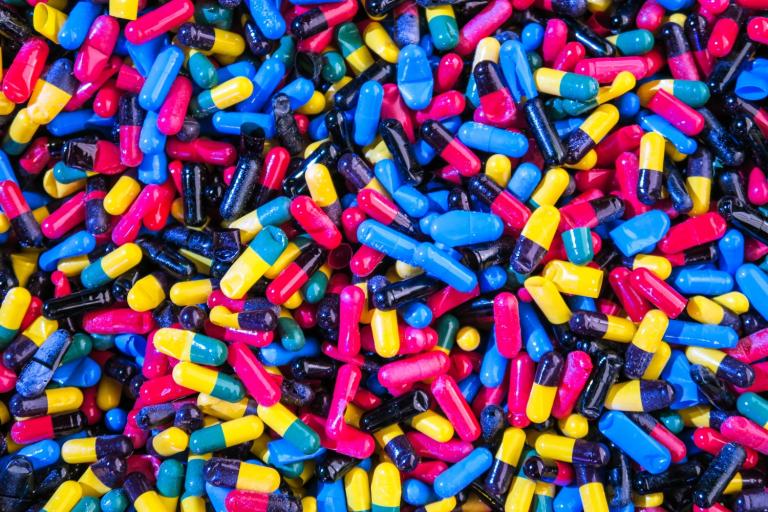 CC: Oh, I love this question. In my 20s, I got pretty into DBT and it helped me a lot, though I wasn’t struggling with PMDD then. I haven’t really thought about PMDD in terms of “radical” acceptance to be honest, though the arc of my book does sort of end there. Maybe I didn’t accept it radically, but I did accept it. Whatever you resist persists, and when I realized I was doing myself zero favors by trying to stuff it down, rid myself of it, find a magic cure, and began slowly integrating it, the symptoms began to chill a little.

GM: Another question I like to ask: how do you deal with unsolicited advice, medical or otherwise?

CC: Oof. I used to get this a lot, especially when I wrote about acne. I don’t get too much for PMDD, probably because most people don’t know shit about it. Anyway, I try to let it roll off. People might say stupid stuff, but they mean well, usually. Another technique is to tell the person ahead of time that you’re not looking for advice, you’re looking to vent or rant. It’s hard to be that forthright but it is possible!

GM: You call your PMDD your teacher at the end of the book. What are some things it has taught you since?

CC: I continually learn more about my body, cycle, and symptoms. Every month is a choose-your-own adventure! That’s the cool thing about the menstrual cycle, though. Each month is another chance. Menstruation is actually the fifth vital sign of health—but growing up, it isn’t presented to us that way. And if you can attune your life even a little bit towards your cycle, it can help you thrive.

In her memoir "The Year of the Horses," Courtney Maum finds healing and empowerment through riding

Perfume As a Sensuous Act of Resistance