A Novel About Privilege and Class Set in Modern-Day Cairo

In Cairo Circles, Doma Mahmoud lures the reader on a voyeuristic tour of the Egyptian capital’s wildly differing class spheres. On the lowest circle is Zeina, the daughter of a housekeeper to an upper-class Egyptian family. Starting on a New Year’s Eve in the early 2000s, Mahmoud absorbs us with Zeina’s yearning soul and entitled voice. He follows up with Sheero, who comes from a mixed class background but is sufficiently middle class—through the efforts of his single mother—to be friends with Taymour, who is unambiguously upper crust though himself suffers from the neglect of his glamorous, drunk mother.

Then there’s Amir, Sheero’s cousin who comes to America, ends up radicalized, and commits a tragic bombing that shadows Sheero’s existence in New York and in Cairo. Mahmoud doesn’t avert our gaze from the contradictions of family, religion, and secularity in his characters, and as it plays out in the country’s changing society. And ultimately, we have again Zeina, who is impossible to speak of without giving away the book’s plot—and its thrill—and who closes out the novel. I certainly raced to the end with a longing for Zeina, who delivers the final overlapping of the social circles.

I spoke to Doma Mahmoud, who lives in Cairo, about class nuances, Cairenes who might recognize themselves in the novel, and his favorite literary works about the city.

J.R. Ramakrishnan: Where did this book start for you? How did you come to Zeina’s voice? Her voice is so incredibly compelling, as is her determination to be a singer.

Doma Mahmoud: Growing up, I would sometimes be at a friend’s house and his full-time nanny would bring their child to work for the day. And I would watch this kid, that was my age, my height, my skin color, be endlessly curious about how they felt about the insane disparity of wealth and privilege at play, about the fact that part of their mother’s job was to pick up my spoiled friend’s candy wrappers from his bedroom floor. I carried this curiosity through my childhood and adolescence and decided to write this character to try and find answers, both from my own personal experience and imagination and from conversations I had over the years.

Some people do not see their relative poverty as a burden, but others are deeply bothered and sometimes disturbed by it. At least half of the main characters in this book are like this. People who are restless to move up the ladder, or maintain their position on it, or just can’t stand the existence of such a ruthlessly segregative ladder in the first place.

The very first idea from which this entire book sprung was this: As a consequence of her mother’s job, working-class Zeina has to endure the sight of immense privilege and wealth every day, and for better or worse, she feels entitled to it. She is told by authorities on the matter that her singing could help her attain it, and so she becomes almost hysterical with desire. From the first day, I knew that the book would begin and end with Zeina.

JRR: “Fathers are the ruin of this country” is quite a line from Madame Alia! This seems to ring true in the case of Zeina, Amir, Mustafa, Omar, and perhaps Sheero too. I wonder if you could talk about this line in the context of your characters’ trajectories.

DM: In the second half of the 20th century, free-market capitalism arrived in Egypt with a bang and consumed pretty much millions of men and a good share of the women. They worked so hard and built so much wealth and value, it’s impressive, but for a lot of them, even some of those that only managed to make ends meet, the first sacrifice made was time and closeness with their children.

At some point in my late adolescence, I thought of all the people I knew who struggled in their relationships with their fathers and was shocked to realize that it was a strong majority. And it adds up. When you stop to consider the long working hours, hyper-competitive work environments, and relentless forces of consumerism and classism that these men were subject to, it isn’t all that surprising that a lot of them became perpetually absent, or neglectful, or stressed, or angry, or exhausted, or violent, or all of the above. Maybe I’m being too forgiving, and they could’ve done a better job. Some did. The point is that it had serious effects on a lot of people from my generation. And it was impossible to tell the story of these six characters without exploring that aspect of their lives.

What’s ironic is that Madame Alia says that line but is doing a horrible job of being a parent herself. With the emergence of self-help and mental health awareness, we millennials are so good at describing all the ways our parents disappointed or negatively affected us; I hope that means we’re going to do a better job ourselves. I like to think we will, but my parents mock me when I tell them this, which scares me. “Sure,” they say. “Inshallah.”

JRR: The violence is quite intense from Amir’s beatings (and everyone’s complicity), Amir’s own acts with Farida and then as a grown-up, to the more casual acts of aggression. Sheero reflects that beatings were “part of our culture,” but even he draws the line at what Amir experiences. Could you meditate a little on your thinking behind the seemingly circular nature of violence in the book?

DM: When I was growing up, it was pretty common for kids to be smacked by their parents when they misbehaved. Especially in the lower and middle classes. This might confuse some readers, but it is possible to be smacked as a child and not be emotionally disturbed because it feels controlled and safe. Sometimes, it can even be funny. But then here’s the problem: what can happen is that an adult will be smacking their child, and suddenly, it will go from controlled and non-threatening to malicious and scary. The parent will become possessed with anger or frustration or stress from work and will channel it into this physical violence they are inflicting on their kid. It’s a line that gets crossed abruptly and it’s difficult to define for anyone who hasn’t witnessed it. But what happens beyond it—that is the sort of true compulsive violence that can traumatize and get circular. Different personalities are affected differently. Some people are subject to violence as kids and go on to make sure they never lay a finger on anyone. In Amir’s case, the violence has seeped into his being and become a primary mode of interacting with others and reacting to the world.

JRR: I was intrigued by the ways in which class and religion intersect. In particular, Sheero being bothered that his mother has decided to wear a veil, and choosing to do so for the first time for the wedding of Tamara and Taymour. This line was striking: “But why? But is it necessary?” I am assuming none of the more upper class attendees would be veiled? Would you talk a little about how perhaps religion has entered into the middle and/or upper classes (in the ways, it perhaps would not have when these characters were younger at the start of the book in the early 2000s)?

DM: Religion and class have always been closely intertwined in Egypt and beyond. Most of the women at a middle-class wedding in Egypt today, or even as far back as the ’90s, would be veiled, whereas most at an upper-class wedding would not. That isn’t to say that one social class is more religious or devout than another, but the practice certainly looks different across different social classes. But as you mentioned, things have changed. There is a new class of self-made financially wealthy people who embrace the veil and wear it and who are in general a little more conservative. What will be interesting to see is how their practice of religion changes, if at all, over the next couple of generations, as their wealth multiplies and gets passed on.

JRR: How do you feel this book will be received in Egypt, perhaps by some of the Cairenes who might see themselves in your characters?

“Ramy” Reflects Muslim Millennial Anxiety Like Nothing Else on TV 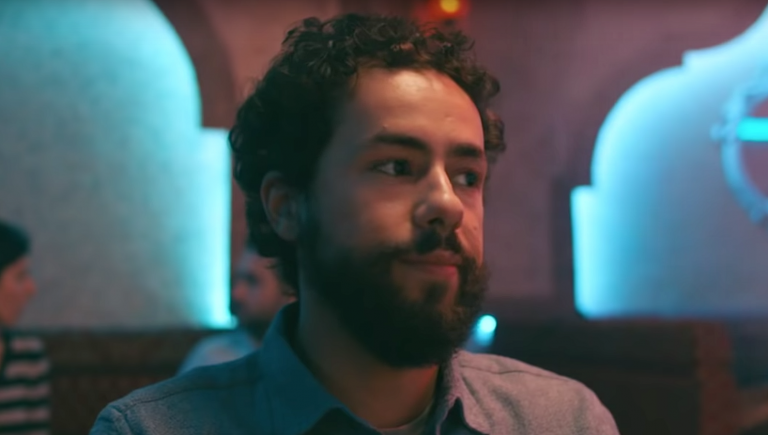 DM: I think most of the people who recognize qualities of themselves or their friends/families in the characters will be happy to see their lives written about. At least that’s been the reaction thus far. Maybe some people will feel I did not paint an accurate picture, that I was too dramatic or negative, or even, on the other end of the spectrum, that I pulled too many punches. What I would say to that is that I couldn’t possibly paint an accurate or nuanced enough picture of an entire demographic or generation or class.

Ultimately, this is a book about six Cairenes born in the ’90s, two of whom move to the US for college and struggle to reconcile their Egyptian roots with American liberal culture, which is a specific experience. It’s also meant to be dramatic. I can only hope that readers enjoy the drama and feel touched by some of the scenes.

JRR: Your book offers a very evocative picture of Cairo (certainly the domestic intimacies of all the families involved). Would you share with us your favorite novels of Cairo?

DM: Thank you! It almost goes without saying but Naguib Mahfouz’s Cairo Trilogy is the place to start. It’s 20th-century Cairo in a nutshell. Midaq Alley and The Thief and the Dogs are shorter but also great novels by Mahfouz for those who can’t delve into the trilogy. Essam Youssef’s A 1/4 Gram is a great novel centered around drug addiction in modern Cairo which has been translated to English. Nawal El Saadawi and Alaa El Aswany are literary giants whose work have also been translated. Woman at Point Zero and Yacoubian Building are the ones to check out first, respectively. Finally, everyone should look out for Noor Naga’s If an Egyptian Cannot Speak English, which will be published by Graywolf Press in April 2022.

Home is a Trip You Can’t Ever Take Again

8 Schemers and Opportunists in Literature

The Cost of Achieving the Indian Dream

In “Boys and Oil,” a Gay Environmentalist Reckons With His Family’s Coal-Mining Legacy