“Ramy” Reflects Muslim Millennial Anxiety Like Nothing Else on TV

The new Hulu series Ramy explores the complexities of life for an Egyptian, Muslim millennial born and raised in America. The show, a fictionalized version of creator Ramy Youssef’s life, follows his character, Ramy Hassan, as he navigates the everyday world with his immigrant parents, his sister, and his Muslim and non-Muslim friends. In many ways, the show is revolutionary; it’s the first sitcom focused on a modern Arab Muslim family, and it’s part of a rare breed of shows that present Muslims in a way that doesn’t blatantly offend or resort to stereotypes. For me, a millennial Egyptian-American raised Muslim just like Ramy, to see a family like my own on screen for the very first time was incredible—and vastly important for other first and second generation Arabs and Muslims, no doubt. But even more than Ramy’s family, the presentation of Ramy himself felt revolutionary: a young man who has not rejected the religion or culture of his family, who respects them, but who struggles to figure out what they mean in his generally secular, American life. While the show does not claim to speak for all Muslims or Arabs, it depicts a very common tension felt among first and second generation millennial Arab Muslims—the tension between the values and demands of our parents versus those of our peers, and the ways in which we remain in conflict between the two.

One common experience—both for myself and others I’ve encountered with a similar background—is the cognitive dissonance between the values we’re raised with and our actions.  Millennials who were raised Muslim and still identify as Muslim nevertheless often defy the rules of Islam, blatantly and habitually. We’re taught not to drink, smoke, have sex before marriage. We’re told to fast during the month of Ramadan. Our families are sometimes more strict, with more conservative values than the families of our American friends, and when we choose between their values and our peers’ behaviors we aren’t always following rules to the letter. This is not to generalize, but the experience does seem common—in my own family and others as well.

Ramy embodies that tension between behavior and belief. While he does “sin”—having sex before marriage, taking an edible, sleeping with a married woman—one common thread throughout is his seemingly earnest desire to be religious. He says at one point, “I wish I never had sex,” recalling what he now thinks of as a happier past. It’s not that he feels guilty, exactly, for breaking a religious rule, but he misses a more innocent time in his life when choices were less complicated and he believed in a more rigid idea of right and wrong—an idea that his parents passed down. This nostalgia for simple childhood is common among millennials, but Ramy is the first time I’ve seen that struggle explicitly framed within the narrative of Islamic culture.

Similarly, when Ramy takes a weed gummy, he soon finds himself in a mosque looking for redemption and forgiveness. Even as he defies the rules his parents have taught him, a part of him still clings on to the culture and religion they hold dear: his transgressions are American and millennial, but the way he seeks to soothe his complex feelings about them is specifically Muslim. Ramy arrives at the mosque and sees a man—a white, Muslim convert—vacuuming the rugs. The two sit and speak, and Ramy says he feels less like himself and more like “another dude who does weed.” The man sitting next to him responds, “It’s not about adding up every good deed versus bad deed. ‘Cause if it was, none of us would have a chance. It’s about your heart.” The scene ends with Ramy cleaning the mosque in an attempt to clean the “black spots” on his heart.

We Deserve Better Than the Live-Action “Aladdin” 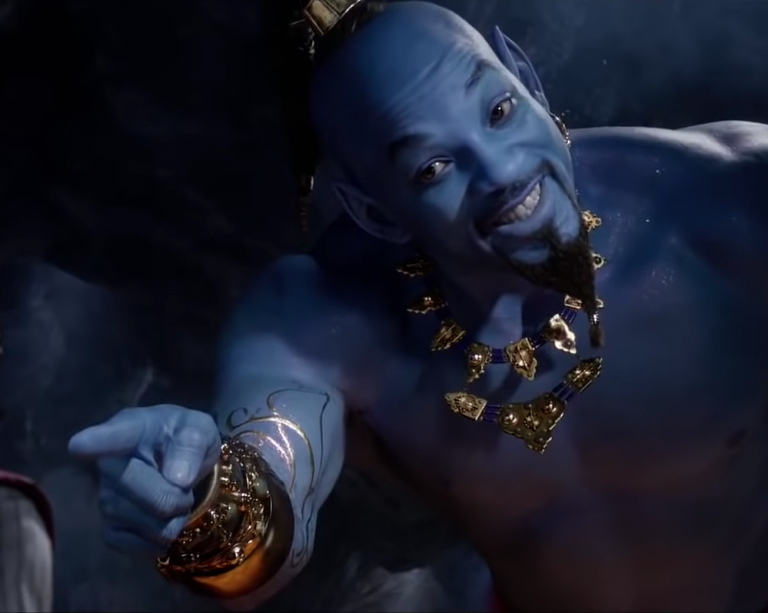 Scenes like this encapsulate the tensions faced by first and second generation Arab Muslim millennials, and show that there’s more to Islam than following the rigid rules taught by our parents. As late as my early twenties, I felt that same pull on my conscience each time I broke a rule that my parents held sacred. I never wound up in a mosque, speaking to a wise convert before I cleaned the place as a metaphor for cleansing my soul, but I felt guilt nonetheless and sometimes found myself apologizing to God or perhaps no one at all for being a “bad” Muslim who defied my family’s values. Much like Ramy, I struggled with the tensions of breaking those rules and breaking away from the beliefs my parents instilled in me.

In an episode centered around Ramadan, Ramy fasts for the month and vows to give up sex and porn, as though that alone will make him wholesome and good. His friend accuses him of being a “Ramadan Muslim,” or a Muslim who is only devout during the month of Ramadan and hypocritically defies the religion for the rest of the year. But Ramy’s inconsistent observance is less an act of fundamental hypocrisy and more a kind of arrested development; he’s unable to break away from the structures his parents taught him, even as his life changes. He views Ramadan as a chance to start fresh and live a life free from sin and temptation. While the show itself complicates the idea of what it means to be Muslim, Ramy remains glued to the surface-level rules, something I very much relate to in my own upbringing. Like Ramy, I was taught to follow these rules without any real room for error, and the show does a good job of exemplifying that almost simplistic mode of thought many first and second generation Arab millennials are stuck in.

The show complicates this pull between the devout past and the Americanized present when Ramy goes to Egypt. His goal is to take time away from the temptations afforded to him in the U.S.—sex, drugs, parties—and he assumes Egypt will lend him the space to move closer to Islam and follow a more righteous path. Because his moral framework comes from his parents, Ramy assumes that a move towards his ancestral homeland will mean less temptation and more effortless morality. However, as soon as he arrives in Egypt, his cousin Shadi takes him to a party where people are drinking and snorting coke, and Ramy is plunged into a world with even more temptations than before. Shadi, though, is more complex than we’re first led to believe, as his partying is a result of the trauma he experienced seeing friends die during the protests in Tahrir Square. Through Shadi, the series debunks the myth that Muslims abroad are any more wholesome than Americans, but it also complicates the notion of Islam as a whole. Shadi is Muslim, but has found that in his struggle to get over his trauma, the rules of his religion don’t bring as much relief as the diversions of his peers.

In speaking to his other cousin, Shadi’s sister Amani, Ramy says, “I feel like the problem’s really that I just don’t know what kind of Muslim I am.” “There’s Friday prayers, and then there’s Friday night,” he tells her, and he’s at both. He adds, “I’m breaking some rules, I’m following others, and I thought coming here would give me some clarity.” Ramy comes to the realization, though, that coming to Egypt to escape American temptation and American life is not the answer; he has to reconcile his beliefs on his own. Amani takes Ramy to a prayer group that consists of singing, chanting, drumming, and swaying, and in that moment, we see Ramy more moved than he’s been throughout the entire series. That scene seems to tell the viewers that his concerns—his preoccupation with rules—don’t matter. Nowhere is free from temptation, and the cognitive dissonance of living two lives with two different value systems almost seems to fade away as Ramy gets lost in the prayers and music. Ramy, like myself and other Muslim millennials, has to figure out what Islam means to him beyond the rules he learned from his parents—what Islam means in the context of a changed world.

Of course, the millennial Muslim experience varies greatly across cultures and families, and Ramy doesn’t aim to represent every Muslim American. In fact, in a Reddit thread about the show, many viewers find themselves unable to relate, while others call it “honest” and “unfiltered.” But the series hit home for me, exemplifying the often complicated experience of growing up Muslim in an American, non-Muslim society. Ramy, like myself and other Arab, Muslim millennials, is stuck between two worlds, belonging to neither.

We've rounded up must-read works from the South Pacific

My Favorite Pastime, Reality TV, Has Become a Little Too Real

More reality shows are exploring how race impacts their contestants, and my escape route is disappearing