A Cairo Meet Cute That’s More Than it Seems

Two people cross paths and their lives are changed forever. It is the oldest and perhaps most universal story. If an Egyptian Cannot Speak English begins when Noor, an Egyptian American returning to Egypt in search of meaning and culture, meets an unnamed Egyptian man whose hopes and dreams have been all but decimated by political turmoil and a worsening drug addiction.

Filled with imagery and prose that can only be achieved by a brilliant poet like Noor Naga, it is a novel aimed at asking questions (sometimes directly) rather than providing answers. At first, the questions are political— centered around class, identity, culture, globalism—but as the novel carries on (and reveals its metafictionality), it abandon politics and become philosophical and existential, specifically focusing on perception and the act of writing: What do you know? Where do you know it from? Why? What are the moral implications of pretending, as writers do, to know what someone else’s experience of the world is like?

Noor Naga: I sort of think it in two ways. There is the book that I’m writing and there’s the book the American girl is writing in the book. In many ways, her text is meant to be presented to an American English-speaking audience. In the third part, you realize it’s a memoir and written not just for a general American audience but for this particular group of student-writers. They’re young and steeped in politics they imagine to be universal, but which are actually very culturally specific. I tried to problematize this as much as possible, to pit their value system against a foreign environment where it both fits and doesn’t fit. The character of Noor is telling a story which erases another story as it’s being told. It was very difficult to do that. I was trying to give space to this male character while also making the point that the filter you’re getting even his parts through is fundamentally skewed. And that in some ways you can’t trust this character of Noor or even me, the author of the book.

DM: I want to ask you about this point about the filter. That point really came through in the book and it was actually quite disorienting because it put in question the trust I had for the story I was reading. I’m sure that was intentional on your part, so I’m wondering what the reason for that choice was.

NN: Originally, I was trying to write both POVs, the boy’s and the girl’s, and giving them equal weight. It was only when I was midway through the book that I realized it wasn’t actually possible for me, as Noor, to write his perspective convincingly. And that it would make more sense to only have one perspective: the American writer. I’m very suspicious of myself and I suppose I wanted the reader to be uncomfortable and suspicious too. That was the whole point for me. To force the reader, in the third part, to question this experience we are creating together, as author and reader, of bringing a fiction to life.

DM: This book certainly did that to me. I wanted to ask you about the male character. How did you keep a balance between making this point about the limitations and biases of fiction and maintaining the integrity of the male character. To me, it didn’t feel like I was supposed to distrust what I had read about him just because it had been put through this filter.

NN: I certainly didn’t want the third part to come across as this deflating revelation that the reader had been tricked into believing this complete lie all along. That’s why the workshop at the end is a memoir writing workshop, not a fiction workshop. We’re familiar with what it means to have an unreliable narrator, but it’s easy to dismiss how unreliable all writers are. The character of Noor is really trying to be honest in her representation, but that doesn’t mean we can trust her. The point of highlighting her limitations and biases was not to paint her as dishonest or malicious. On the contrary, the point was to create a writer character who was aware of her limitations but still trapped by them.

DM: It was refreshing to read something I walked away from with more questions than answers. In your acknowledgements you thank someone for teaching you to prize a beautiful question over a beautiful answer. That really came through in this novel. Each chapter of Part One begins with a question. I certainly finished the novel with so many questions. I wonder if that was the case for you after completing it. Which question/s remained with you after finishing? And what makes a question beautiful?

NN: Well that’s a really beautiful question! I think I like questions that are really balanced, where there is enough force behind different answers to make things decidedly inconclusive. Moral questions are my favorite. Who’s in the wrong? What could people have done better? For me, there were a lot of driving questions in this book. I’m not sure which I’m left with in the end. Because in a way writing the book was a way of purging the questions out of my system and then no longer being haunted by them. It’s a way of me saying: “I don’t know. But you guys can read it and let me know if you have answers.” One question that remains with me is the question of: who do you feel for? Do you feel more for her or for him? And why? It’s so interesting how people respond depending on who and where they are. So far, many of my friends who were born and raised in Egypt are more sympathetic with the girl than I thought they’d be. They don’t have the same complex in relation to nationhood, they don’t feel threatened in their claim to belonging. In contrast, friends of mine in the diaspora tend to be much harder on the American girl and it seems so obvious that this is a function of their own insecurities. They dislike her because they identify with her or recognize her on some level, and so it’s really a way of punishing the self.

DM: One of the central elements of the book is the power dynamics between the two main characters. The power transforms and mutates constantly depending on where they are, what they’re doing, what they’re talking about. Do you feel that one of the characters ultimately holds the ultimate power over the other? Why?

NN: They do pass the power back and forth between them. Ultimately, though, only one character survives and goes on to tell the story. And it says a lot.

Around the World in 8 Novels

From an Iranian prison to the Cuban revolution, Doma Mahmoud, the author of “Cairo Circles,” recommends books from across the globe 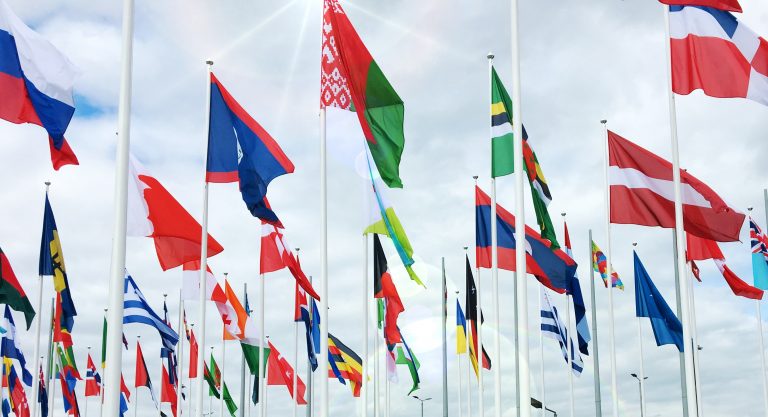 I always wondered what this book would have been like had it been written in Arabic and directed at an Arabic-speaking readership. It made me think a lot about the Anglophone publishing industry and how it seeks out certain narratives and negates others. And the power inherent in participating in that. A lot of my writing of this novel was influenced by my hyper-awareness of my own position. I’m Egyptian but I was also born in the US and hold the US passport. I was raised in Dubai which is sort of an Arab country but also not at all an Arab country. Part of the reason I was able to publish this book is because I tick certain boxes that Egyptians born and raised in Egypt maybe don’t tick, even if they’re writing in English. I have access and currency. So this novel was my way of thinking about that and incriminating myself almost.

DM: The character of Noor is named after you. That seems to me like a decision you probably spent a good number of hours on. Take me through that.

NN: Well in the original draft that’s how I had it. Then I changed it because I thought it might distract the reader or that it might be too gimmicky. Too many tricks layered on top of each other. I also wondered if readers who aren’t familiar with metafiction would immediately think that this is autobiographical and I would have to explain, over and over again (to people like my mother and my neighbors!) that it’s still fiction.

Ultimately though I decided to name her Noor because I wanted to make the point that the author of this book is not exempt from the criticisms targeted at the American writer in the novel. It’s certainly a guilt-driven book. I wrote and published the thing. I have benefited from it. But at least I’m aware of it? Maybe that’s a copout but I wanted to highlight all the inherent problems in taking a truth from one world and then publishing and profiting from it in another world. And I wanted to do it playfully. There are so many writers I love who write author characters for this exact purpose. César Aira, Alan Hollinghurst, Youssef Rakha, Ruth Ozeki… I just sort of thought: I can have some fun too! And then hope that the satire comes through.

Sasquatch at the End of the World

A Palestinian American Story About Loving Too Much

Zaina Arafat, author of "You Exist Too Much," on love addiction

Love Can’t Save the World, or Even Israel, in ‘Dinner at the Center of the Earth’

“Nadia and Saeed” by Mohsin Hamid

A love story in a city divided