Though a hunk of metal and glass can hardly qualify as company, one cannot deny that true solitude is scarce inside the first-world bubble of interconnectivity. Writers in this modern world are incentivized to call attention to themselves as writers, to promote themselves, to be their own PR people, their own agents. Advocating for one’s writing in the public domain can overshadow a writer’s focus on many things, their own writing included. What impact is the interconnected world is having on the quality of our work and our perception of others’ work? Wouldn’t our work be better if we spent more time thinking, introspective, alone? Wouldn’t we care more about the quality of the work than the publicity around it?

Ottessa Moshfegh was born in May of 1981, the daughter of classical musicians from Croatia and Iran. From a young age, Moshfegh had ambitions of following in her parents’ footsteps to become a classical musician, and spent countless hours of her childhood practicing piano in isolation.

But in the end, Moshfegh chose another solitary craft. She began writing at the age of 13 and fell in love. A summer stay at the Interlochen Center for the Arts intensified her passion. She matriculated to Barnard College, and eventually attended the Brown University MFA program, from which she graduated in 2011.

For those who have never read Moshfegh’s writing, the following quote from her NPR interview with Scott Simon will give you some idea of what her work is like:

“I remember the first story I ever wrote. I can’t remember what it was called, but the first lines went like this. ‘I killed a man this morning. He was fat and ugly and deserved to die.’”

As this first effort indicates, Moshfegh’s writing leaves her reader cold and empty. But like all great fiction, her stories change the way you understand yourself and the world around you. All of those murky, repulsive things that have been lingering at the back of your mind about your boss, your wife, your son, your neighbor — suddenly they’re not so ugly any more. Suddenly they’re OK. Ottessa Moshfegh’s fiction does for the devil on your should what Elena Ferrante’s Neapolitan novels do for female friendship.

Moshfegh began gaining notoriety with her short stories. She became a frequent contributor to the Paris Review, publishing six stories in the magazine between 2012 and 2015, and has also published stories in The New Yorker, Granta, and VICE. Her story “Bettering Myself” won the Paris Review’s Plimpton Prize for Fiction in 2013, the same year that she received the Wallace Stegner fellowship from Stanford University.

Moshfegh’s first longer effort, the novella McGlue, garnered her the FENCE Modern Prize in Prose in 2014. McGlue tells the story of a sailor with crippling alcoholism attempting to piece his life together as he struggles with his addiction in the underbelly of a whaling ship. FENCE Prize judge Rivka Galchen praised McGlue for its “mouthfeel of language:” indeed, with McGlue, Moshfegh displays an ability to create a language of her own, reminiscent of William Gibson’s effort in Neuromancer or Anthony Burgess’s in A Clockwork Orange. McGlue feels like the bowels of a ship, its words the dried blood and insects and spilled rum that warp the wood of its hull. It’s a gorgeous and bewildering first person account of a life that is somewhere between forgotten and ethereal.

Moshfegh’s short fiction continued to appear in the Paris Review and elsewhere until Penguin Press released her debut novel Eileen in August of 2015. Eileen tells the story of Eileen Dunlop, a secretary at a prison for boys who lives with her abusive, alcoholic father and whose world turns upside down when a gorgeous new colleague enters her life.

Though Eileen won the Pen/Hemingway Award for Fiction and was short-listed for both the National Book Critic’s Circle Award for Fiction and the Man-Booker Prize, it received mixed reviews. There is no denying the distinctiveness of Moshfegh’s writing, but Moshfegh maps her voice over a paint-by-numbers narrative structure that she clearly cribs from the noir genre. Eileen’s voice acts as the only force of narrative propulsion for the majority of the novel. The books begs us to read the last 40 pages for the first 220 pages. In the end, Eileen is a frustrating novel of atmosphere, a gorgeous vortex of exquisite sentences that chases its own tail.

Moshfegh subsequently gave some validation to the novel’s detractors. In a Masters Review essay entitled “How To Shit,” Moshfegh writes:

“A few years ago, when I was very broke, I made up my mind to write a novel that would appeal to a greater audience than my previous work. I deliberately embraced the conventional narrative structure in order to reach the mainstream. I pictured a plausible audience of avid readers as people who live vicariously through books — in other words, people with boring lives. I considered the personal paradigm of a bored, imaginatively escapist person. Boredom is a symptom of denial, I thought. A bored person is a coward, essentially. So I conceived of a character trapped by social mores, who plumbs the depths of her own delusions and does something incredibly brave; I thought that would be fun for the kind of audience I was writing to. Thus Eileen was born. And I did make a little money. I’m telling you this because many of my creative decisions were motivated by the emptiness of my bank account. I looked at the dominating paradigm and I abused it.”

Moshfegh here self-criticizes for allowing popular opinion to guide her art. Eileen was Moshfegh’s moment of imitation. She imitated to great acclaim, but her subsequent interrogation of her motivations behind the novel reveal a deep unease with her decision to allow popular norms and outside voices into her creative process. In trying to create something that would appeal to a broader audience, Moshfegh betrayed herself and felt dissatisfied with the resulting work.

With a dazzling novella and an acclaimed novel under her belt, Moshfegh’s next book is Homesick for Another World, a collection of fourteen short stories, out on January 17 from Penguin Press.

Homesick for Another World towers above Moshfegh’s previous two book-length efforts, containing multiples of the emotionality, tragedy, black comedy, pathos and genius of her previous two books combined. It is rare for an author’s collection of short fiction to have so much more power than their novel, but it is in fact the case that every story in Moshfegh’s collection packs the punch of her novel. Homesick presents us with 14 Eileens in a purer form, stretching across the the world, brought together in one volume to define who we really are and how pointless that definition is.

But this is no surprise to those familiar with Moshfegh’s short fiction. Each of her stories distills her brilliance. Ringing with heartless descriptions of the emotions of pathetic men and miserable women, her short stories create realities of isolation that grapple with the filth and visceral discomfort of what it is to be a human being. Her stories employ a brutalist nihilism, forcing you to follow a character into the inner depths of their self-inflicted pain. Each scene is a right hook of eloquent depravity. Each sentence is a hand-crafted bullet.

by Ottessa Moshfegh, recommended by The Paris Review 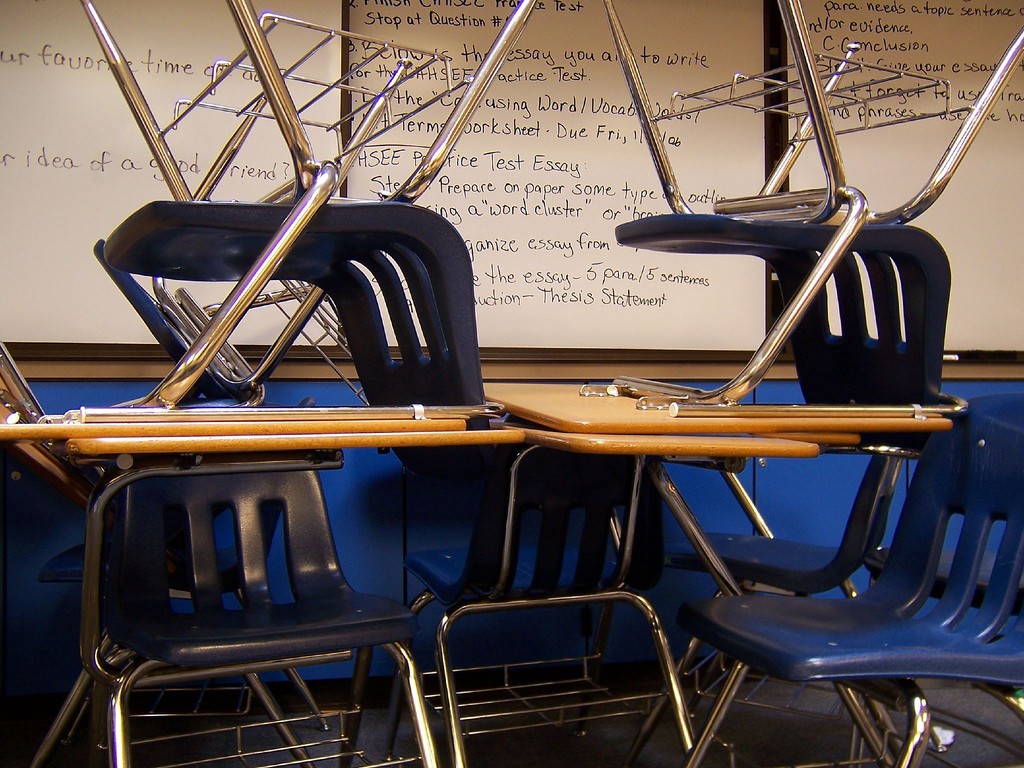 “Bettering Myself” encapsulates what it is to be young, fucked up and off the rails in New York. “The Weirdos” pits a narrator with no self-esteem against a methamphetamine-addicted psychopath. In “No Place for Good People,” Moshfegh dissects the plastic happiness and performative glee coating suburban America with far more darkness and far fewer words than David Foster Wallace. The end of “Slumming” places you before a harrowing act of cruelty and provides no clear explanation for this act. “Nothing Ever Happens Here” is an exquisite rendition of suffering and delusion in Los Angeles. “The Surrogate” contains some of the collection’s most memorable gems of self-hatred and fatalism. If you want to understand the headspace in which Ottessa Moshfegh operates, look no further than “The Locked Room,” the shortest story in the collection. “Mr. Wu” and “A Better Place” are the best stories in the collection; the ending of “Mr. Wu” detonates in your hands, while the ending of “A Better Place” pierces your heart like a splinter.

Ottessa Moshfegh has spent a great deal of her life alone. The vast majority of her characters are severely lonely. In her short stories, Moshfegh uses isolation to convey profound truths that simultaneously horrify and comfort you.

Moshfegh’s third book displays just how cutting and transcendent these truths can be. Homesick for Another World is a spider web dripping with existential pain and vapidity and self-obsession and lust, the very elements that most haunt us in this day and age of interconnectivity, the very forces that drive us to blog and to post and to tweet in search of some kind of fulfillment that these actions will never bring us. Her narratives fester beneath us, ancient ruins of existential despair. They remind us that it’s normal to be in pain, to feel sadness, and to keep our pain and sadness to ourselves. Her stories tell us that being lonely can be satisfactory. They make us disengage from the noise of the modern world and enter a vacuum in which we can look inward and think about who we are and what we care about and why we do what we do.

Ottessa Moshfegh is at peace with these stories. She wrote them without an audience in mind. She didn’t write them because she needed the money. She is not promoting them on social media. In fact, she has no public social media accounts. You won’t find a way to order her collection on her author website because she has no author website (as the New York Times’s Teddy Wayne pointed out). These stories are Moshfegh’s deepest, darkest moments of introspection. Let them in.

The Best Thing About Celebrity Novels Is Scathingly Bad Reviews

We’ve rounded up the most blistering pans of actors, singers, and models who moonlight as novelists

The Times’ most scathing critic is stepping down, and we have more details on Clinton’s new memoir. Plus, the Man Booker longlist is out!

In Hot Pursuit of the Literary Thrill

In Thrill Me, Benjamin Percy seeks to educate and entertain with essays on the craft of fiction