“You’re not going to die,” my husband says to me as we unpack our hoarding grocery shop and try to figure out where to fit in our crowded New York apartment.

“You’re probably not going to get sick—even if you contract the virus,” he reassures me while tunneling into the freezer.

“But what about my book?” I call to him.

“Oh,” he says, pulling his head out of the toppling tower of frozen food. “Yeah, that’s a different story.”

It’s not a different story to me. My book is my only story right now.

Like everyone else, I’m worried about my family’s health, the health of vulnerable people, and the health of our troubled medical system under the strain of the coronavirus pandemic. But even in the midst of panic shopping and panic cooking and panic checking school updates about closures, I can’t help but obsess over my book release on April 7. People like me—writers with books that are scheduled to come out or have just come out—are almost as worried about our book babies as we are about our personal health. There are actions I can take to avoid getting sick or becoming a disease vector (or so I tell myself). But with festivals like the London, Paris, and Bologna Book Fairs going dark due to coronavirus and author events being called off, it feels like there’s no control over what first-time authors like me can do to keep our books from languishing.

I know that canceling events and gatherings is one of the best things we can do to flatten the curve of the virus, so I feel guilty (which compounds my anxiety!) about being concerned with my little (400-page) book. But this book has been my life for more than two years. Yes, I’m willing to sacrifice its health if that means protecting the vulnerable—but I also worry about my vulnerable career.

Until a month or two before release, I thought my book was timely. For the last two years, I’ve been working on The Trying Game: Get Through Fertility Treatment and Get Pregnant Without Losing Your Mind. It was pegged to hit stands before National Infertility Awareness Week, April 19–25. But unless you had the uncanny luck to name your book something like How to Survive Death and Other Inconveniences, like Sue William Silverman did for her March release, most news pegs have evaporated in the face of a global crisis.

As I watched my April events—a journalist’s party, a bookstore signing, a storytelling show, and a panel—get eliminated like women on The Bachelor, as I heard back from all my editorial contacts that they were only interested in pandemic-related stories, I did what any insane first-time author would do: I wrote to everyone involved in planning National Infertility Awareness Week and asked them to postpone it. (They said no.) Then, with a little bit more restraint, I tried to get my book pub date postponed.

“Right now, your book has already been printed and shipped, so we can’t move the on-sale date,” said my editor at Ballantine, Sara Weiss. She noted that the timing was “less than ideal,” but reassured me that “the good thing about your book is that it’s not time sensitive—it’s going to be a resource to people who want to get pregnant which (hopefully!) isn’t going to stop anytime soon.”

But with the World Health Organization calling this a pandemic, we have no idea what is going to stop. And for how long.

Publishing, like other businesses, schools, and health organizations, is still uncertain about what the virus could mean. “The problem is that we have no idea yet—all I can tell you is that most of us aren’t submitting books to editors this week,” one agent told me on Wednesday.

“I feel really bad for you—this could not come at a worse time,” said Laura Rossi, a book publicist. She has refused to take on any new clients for now, hoping things will get better in the next month. Rossi said she was having trouble placing her current lifestyle clients. “I cannot get any op-ed editors to focus on anything but politics, the stock market and coronavirus. These are people I’ve known for years.” She actually said she was advised to hold back on pitching. “It’s kind of getting to the point it’s almost in poor taste to be pitching lifestyle.”

Authors with new books are now worrying about the collapse of years of work, compounded by the guilt of worrying about their books as world events escalate. “I had a good bunch of crying bouts—I had all this buildup and expectations,” says Erin Khar, whose addiction memoir Strung Out: One Last Hit and Other Lies that Nearly Killed Me was published on February 25. “Then this ‘act of God’ changed everything.”

Just as she was headed out on book tour, “panic hit,” she says. She was en route to San Francisco as California declared a preemptive state of emergency. After stops in Portland and Los Angeles, she had been planning  to head on to AWP, the prestigious annual Association of Writers and Writing Programs Conference, held this year March 4–7 in San Antonio Texas. (The co-head of AWP resigned over the decision to continue with the conference.) But after most of Khar’s events were canceled and San Antonio declared a public health emergency, she decided to head back to New York.  After that, most of her New York events (including Woodstock Bookfest and Volume Reading Series in Hudson) were canceled.

”I feel guilty thinking about my own situation when there are people dealing with far worse; it’s all relative,” she said.

Now she’s reaching for a place of acceptance.

“Books have legs that last longer than two weeks: I have to remember I wrote this book to open up the conversation around addiction—that’s my higher purpose for being here.”

Five-time author Laura Zigman was grateful she got to start book tour for her novel Separation Anxiety before the virus really hit.

“I don’t think of myself as particularly lucky, but I slid under the wire,” she says. At her events last week at Harvard Bookstore and Books are Magic, “everyone was joking ‘we shouldn’t be hugging and kissing’ but we were.”

By the end of this week she believes all her events will be canceled.

What does it mean to her? She’s still not sure.

“You know, there’s always that question in publishing whether these events are useful—sometimes people show up, sometimes they don’t,” she told me.  “But whether they come or don’t come there’s still a value for the author and the bookstore: you come sign the book, you meet the bookseller, you connect to independent chains and you have contact with people. I’m glad I got a few of mine in.” 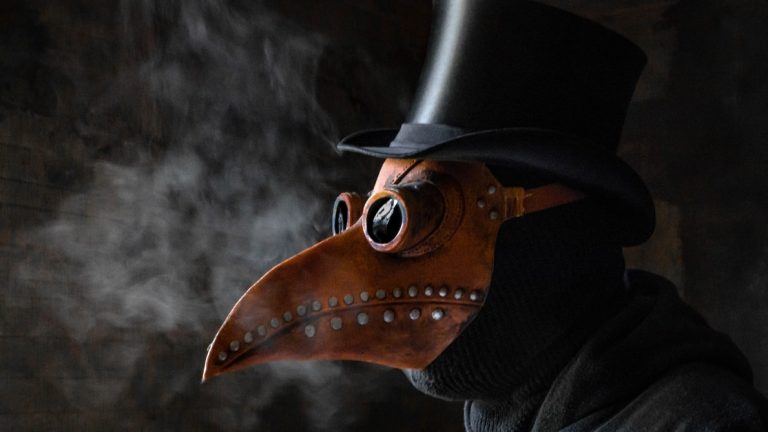 It’s not all dire news. In some ways, the community is coming together—not just to keep people safe by canceling events, but to mitigate the financial and publicity hit of prioritizing public health. Some authors, whether they have books coming out now, in six months, or already debuted, feel like they want to help others.

“Indiebound suggested I reach out to authors who have books coming out around July–August, September, to try to coordinate with bookstores to do Skypes, or videos or something that will safely help both the stores, writers, and readers,” New York Times bestselling author Caroline Leavitt posted on social media, calling it the “Nothing Is Cancelled Virtual Book Tour.” She’s organizing it with book influencer Robin Kall of the Reading with Robin podcast, who is also running the “Authorpalooza” weekend of author interviews, appearances and giveaways.

Some writers are overwhelmed by these kindnesses. “We have big dreams for our books—of course we do!—and the world can be unforgiving to us as we struggle to balance tempering expectation and still dreaming big,” author Lea Page (Parenting in the Here and Now) wrote in response to “Nothing Is Cancelled.” “Generosity, it seems, is really the best response, maybe the only response, and it is reassuring to see so much of that here.”

Many in the writing community are offering to help others out right now.

“Hey y’all, I know many queer writers of color have been impacted by COVID-19, having to cancel readings and book tours and more. It’s devastating and it’s nobody’s fault. So I wanted to help any way I could with this Queer Writers of Color Relief Fund,” Luther Hughes, executive editor of The Offing literary magazine and founder of Shade Literary Arts (a literary organization focused on queer writers of color) posted on Twitter.

Zibby Owens, host of the award-winning podcast “Moms Don’t Have Time to Read Books,” advises: “Buy books. Send books as gifts. Listen to audiobooks as a family,” the writer and mother of four says. “Post on social about book launches. And spread the word about great reads!” Owens has compiled a list of over 100 March and April releases on Bookshop, a site that also benefits independent stores.

Ultimately, this may not be as devastating for writers—or independent bookstores—as it initially felt to me. Authors can boost themselves, each other, and small bookstores on social media, and reach a captive audience who may be searching for distraction during a socially distant time. For her virtual book tour, Leavitt says, “You can make goofy short videos like this and I will get theme everywhere, or you can do a short blog post where you mention your book, the book of others and you shout out to indie bookstores, too,” she says, noting that small businesses like bookstores will need a boost.

“The more the book and literary community gets together, the better this will be,” says Leavitt, whose novel With or Without You comes out in August. “Especially people who are sequestered at home—they want to read.”

8 Books to Feed Your “Love Is Blind” Obsession

Can I bribe you with coffee and the promise of a prize-winning book?