Why Doesn’t America Love the Novella?

Overseas, short novels are celebrated, but here authors are often pushed to expand

What happens when “bigger is better” becomes an ethos for an entire society? From SUVs that will never see a dirt road to McMansions that could fit several families, American culture right now abounds with an excess of, well, excess. The normalization of this can distort priorities, creating a sense that something far larger than what we need is what we want. In arts and culture, the ramifications of this bigger-is-better ideal include the phenomenon of movies begetting franchises begetting expanded cinematic universes. But — more relevant to me personally — it also includes the trend towards bloated novels and multi-volume series, and its counterpart, the devaluation of the novella.

There are moments when being a lover of literary minimalism can feel like being part of a secret society. A particularly obscure secret society, and one that’s closer in tone to a bizarre eating club than, say, a revolutionary faction looking to burn it all down. Nonetheless, the novella (or short novel; I’ll be using the two interchangeably) can feel like an overlooked form: concise enough to be an exercise in restraint, and yet too short to be deemed commercially viable.

It’s not that there’s no market for standalone novellas — at least, there seems to be one overseas. That’s why many celebrated recent works in translation are notably slimmer than their American counterparts. Samanta Schweblin’s Fever Dream, for instance, uses a concise length to its strength, sustaining a dreamlike and surreal tone over the course of its pages. The resulting work ended up winning The Morning News’s 2018 Tournament of Books, no small accomplishment. But it’s also difficult to imagine this work being originally published by an American author, given its length.

The same is true for the concise and haunting novels of Patrick Modiano, winner of the 2014 Nobel Prize in Literature. Numerous novels being published in translation by up-and-coming presses like Tilted Axis and Two Lines Press are also far shorter than what might emerge from an American press: João Gilberto Noll’s Atlantic Hotel or Hwang Jungeun’s One Hundred Shadows both brilliantly sustain tension and atmosphere over the course of their pages–but they also don’t overstay their welcome.

The gulf in novellas being published overseas versus in the U.S. is noticeable if you’re looking for it. “When I was in Denmark and Iceland this summer, I saw so many slim novels and novellas from all over the world,” author Amber Sparks notes. It also raises the question of how many manuscripts are padded to reach a certain size—and whether a domestic publishing industry more amenable to novellas being novellas would lead to, ultimately, better works.

I am not without skin in this particular game: my 2016 novel Reel weighs in at around 40,000 words. When talking with agents, I was asked by one if I could add another 15,000 to it. Thankfully, Rare Bird Books, who published it, have a welcome openness to shorter literary works—a quality that they share with other independent presses, but not many of their larger counterparts.

I’m not alone in finding frustration with the American publishing market’s feelings regarding novellas. “I’ve never tried to get a novella published, because I just figured it was pointless,” says Sparks. “I’ve written a couple, and I ended up either canning them or turning them into short stories or longer novels.”

While Sparks’s collection does feature a novella, its evolution was unique among her works. “The novella in my last collection was sort of accidental; it was a novel that my editor and I thought probably should be a novella — and in fact it had been at one time — and when she read the novel she felt we should turn it back into a novella and include it in the collection,” she says.

It’s worth noting that the American publishers in question who seem to shy away from publishing shorter novels (at least outside of translated works) are largely the Big Five. When Big Five publishers have released novellas–Garth Risk Hallberg’s A Field Guide to the North American Family, or Penguin’s forthcoming edition of Ottessa Moshfegh’s McGlue–they’ve generally been new editions of older works by authors who have gone on to be widely read. And there’s also the case of novellas being paired with other novellas by the same author: A.S. Byatt’s Angels and Insects comes to mind, as does Joe Hill’s Strange Weather.

“I feel like in this country, generally speaking, it’s almost impossible to publish a novella unless you’re, you know, Denis Johnson or something — someone who publishers known will sell a book no matter what,” Sparks says.

There are some exceptions to this: FSG Originals has explored publishing shorter books, including Warren Ellis’s Normal and Jeff VanderMeer’s The Strange Bird. And there was a brief span in 2012 when ebook-only novellas from both Nick Harkaway (Edie Investigates) and Victor LaValle (Lucretia and the Kroons) were published in the lead-up to, respectively, their novels Angelmaker and The Devil in Silver. It’s probably worth noting that both the Ellis and VanderMeer books were published in digital editions first, with the physical versions following; there’s a sense of experimentation about both. 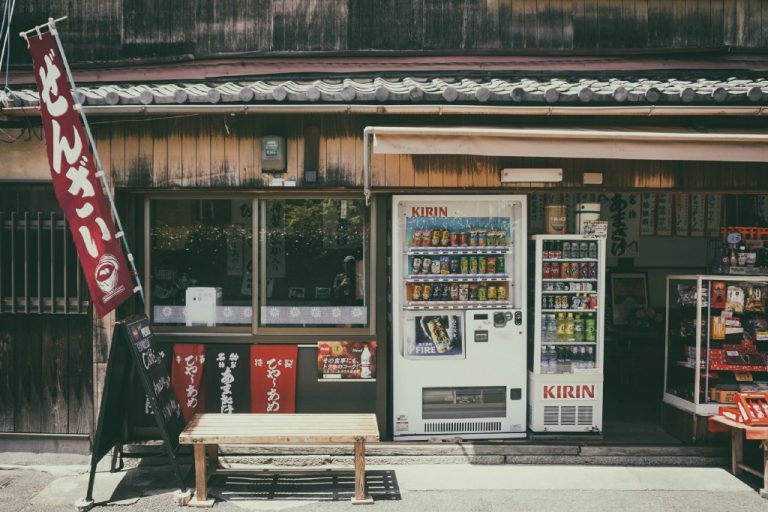 Arguably the most successful initiative in a major publisher releasing novellas has come via Tor.com, whose novellas have featured work from the likes of Brian Evenson, Victor LaValle, and Nnedi Okorafor. (Full disclosure: I am a regular contributor to the website Tor.com.) Though it’s probably worth pointing out that, even as the lines between “genre” and “literary” fiction blur, various genre awards maintain separate categories for novellas–thus creating a situation where a novella can be viewed as a standalone work on its own merits.

While independent presses may be more open to novellas, it can still be difficult for a writer to connect to one of these presses without an agent–creating a troubling scenario for writers whose manuscripts fall between, say, 20,000 and 50,000 words.

Doorstopper-sized books may have a marketing advantage as well: a giant novel is more of a conversation piece than a slim one. Though this, too, feels like a uniquely American tendency: on a recent visit to Waterstone’s in Edinburgh, I noticed a table display dedicated entirely to novellas, with a sign extolling the virtues of a quick, efficient read. I could find nothing comparable for books of 700 pages or more.

Unfortunately, there are numerous high-profile instances of some in the literary world conflating size with merit. For a prime example of this, look back about a decade to the reception afforded the release of Roberto Bolaño’s 2666 and The Savage Detectives in English translation–and the corresponding shorter novels of his ended up being classified by some critics as “minor works.” (Veronica Scott Esposito has written a good explanation of why this is troubling.) And a writer like Bolaño, whose bibliography encompasses both the sprawling and the concise, demonstrates the literary merit of both: By Night in Chile is appealing for its taut precision, while 2666 is appealing for its unruly sprawl. Treating the former as, essentially, secondary to the latter creates a situation wherein the gold standard for writers is tied to length, rather than how well the work exists as a whole.

Sparks also raises another crucial point about the importance of novellas: in minimizing them, is American literary culture also minimizing the voices of many writers who are drawn to shorter works? “Mothers (parents, really), working people, immigrants, many people of color — they’re often writing a different kind of book, slimmer but compressed, powerful,” she says. “And to dismiss that is to dismiss the diversity in literature that publishers say they want. I’m not sure why we’re so resistant to it in America but we really are.”

The last year or two have brought some small signs for optimism. Lena Dunham’s advocacy for shorter books on Twitter –the #keepit100 Book Club — is one example. So too is the attention given Victor LaValle’s The Ballad of Black Tom–which includes great reviews, awards, and being optioned for television. And in pop culture, G.O.O.D. Music’s series of seven-song albums may help to convey the idea that shorter creative works are satisfying in their own right. Perhaps these factors will all help lead to a publishing industry that embraces shorter literary works for what they are.

A Reading List on Being a Black Man in Contemporary America

J.M. Holmes, author of "How Are You Going to Save Yourself," on books that portray African American men in complex and nuanced ways

Can I bribe you with coffee and the promise of a prize-winning book?