This March, I borrowed a friend’s copy of Ursula K. Le Guin’s The Left Hand of Darkness, excited to finally remove the novel from my “To Read” list. On the title page of my friend’s 1999 paperback edition, there is a note scrawled from her college sweetheart who gave her the book as a birthday present in 2011. In scratchy script, he comments on the irony of writing a love letter in the front of “one of the most unromantic books ever written.” On this point, he and I disagree. Perhaps because of Le Guin’s careful, mechanical writing, and Left Hand’s arctic setting, the book has sometimes been characterized as cold. But it is with love that this novel interrogates the binaries that lord over human lives—female and male, pride (shifgrethor) and humility, love and hate. With tenderness, Le Guin attempts to stretch her readers’ minds and envisions a boundless, more cooperative future.

The book just celebrated its 50th anniversary of publication, but in 2019, The Left Hand of Darkness still resonates. Winner of both the Hugo and Nebula Awards for Best Novel, Le Guin’s opus is consistently ranked as one of the best works of science fiction ever written. In Donna R. White’s 1999 book, Dancing With Dragons: Ursula K. Le Guin and the Critics, she calls Left Hand “one of the seminal texts of science fiction, as important and influential as Mary Shelley’s Frankenstein.”

Set thousands of years from now, The Left Hand of Darkness follows human Genly Ai on his mission to Gethen, an icy, alien world. As an envoy of the Ekumen, a peaceful confederation of planets, his goal is to recruit Gethen to join the coalition. This proves to be a challenge; Genly struggles to navigate the harsh terrain and puzzling customs of the foreign world. Gethenians have no fixed sex, but enter kemmer—become either physiologically male or female—once a month to engage in sexual activity. This ambisexuality permeates the culture of the planet, and impedes Genly’s understanding of his hosts, and theirs of him.

Acknowledged as one of the first works of feminist science fiction, Left Hand is often examined through the lens of gender. In a 1994 interview with writer Jonathan White, Le Guin herself calls the book a feminist thought experiment. She notes that in the 1960s, “everybody was asking, ‘What is it to be a man? What is it to be a woman?’” Left Hand is her attempt to answer those questions; she “eliminated gender to find out what would be left.” However, as author Becky Chambers writes for Lit Hub, “this book is both about gender and not about gender at all.” The novel acts not only as an examination of the gender binary, but also as a warning against xenophobia and a call for radical collaboration—powerful and timely messages in 2019.

Two years into Genly’s mission on Gethen, the planet is beginning to develop the concept of the nation-state. Intensifying territorial disputes between two of Gethen’s continents, Karhide and Orgoreyn, are pushing Gethenian society closer and closer toward nationalism. In many ways, Gethen is a more advanced world than our own: there is no gender-based privilege, no sexism, no rape, and no war. But, the planet is still young; given a little time, Gethen may establish some of the same structural evils that plague Earth today.

Ursula K. Le Guin Explains How to Build a New Kind of Utopia 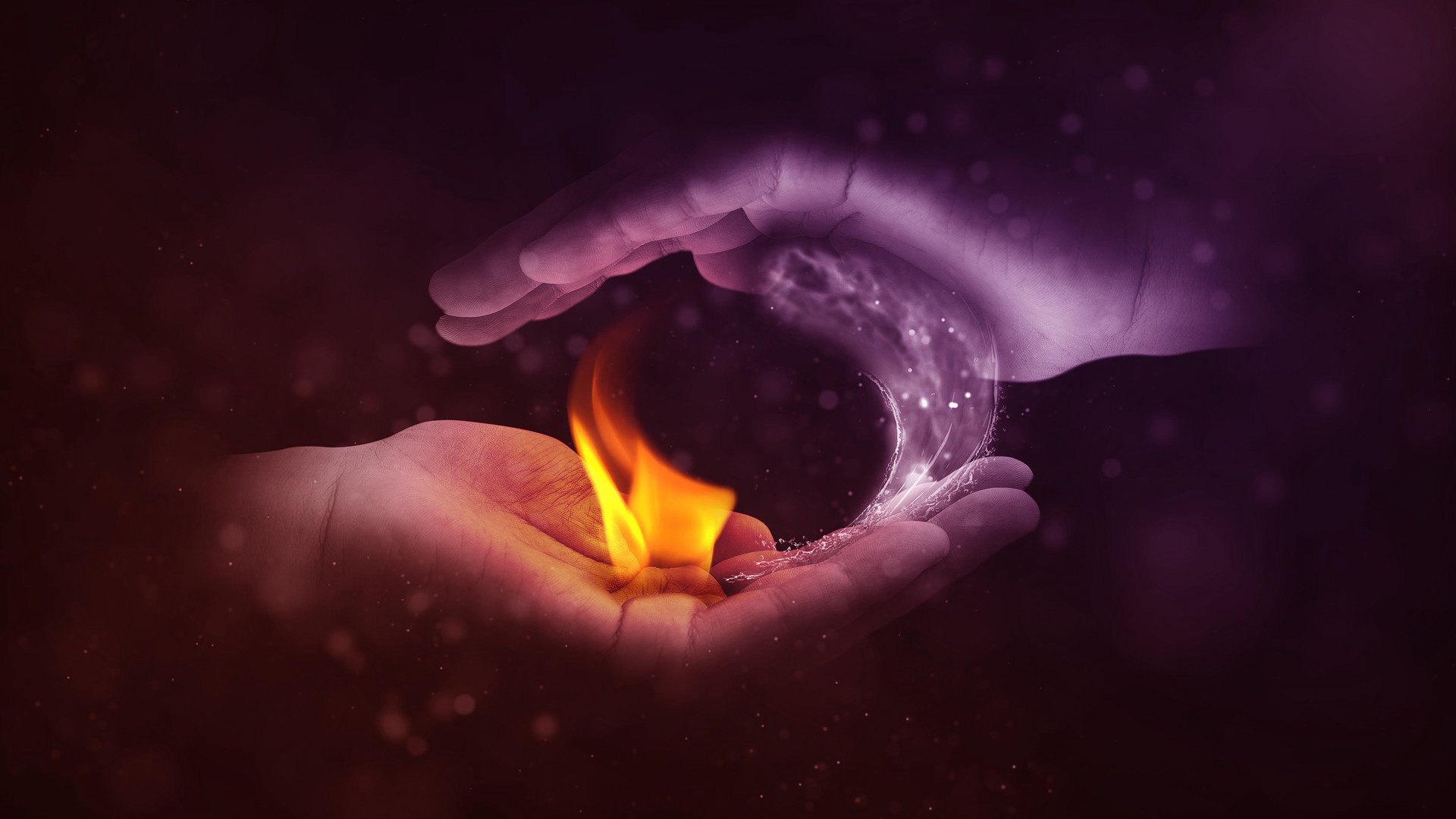 In The Left Hand of Darkness, Le Guin suggests that nationalism is a developmental milestone for any growing nation, a kind of transitional philosophy. Over time, it becomes obsolete, displaced by a more enlightened, more socialist ideology. (Le Guin notes that Genly comes “from a world that outgrew nations centuries ago.”) This “enlightenment” is part of what Genly offers the people of Gethen. As Charlie Jane Anders remarks in The Paris Review, “they could leapfrog over this drive toward nationalism by joining the Ekumen and becoming one unified world among many.” In Left Hand, the implication is that they should.

Throughout the book, readers are repeatedly reminded that patriotism is a double-edged sword. Le Guin’s progressive politics are no secret (she reviled “militant patriotism” and “self-interest”), and they inform the morality of the world she creates. Early on in the novel, Estraven, a Gethenian politician who becomes Genly’s ally and companion, asks the envoy if he knows what patriotism is. Genly responds, “I don’t think I do, if by patriotism you don’t mean the love of one’s homeland.” Most people (and dictionaries) would agree with Genly’s definition of the term. However, Estraven replies, “I don’t mean love, when I say patriotism. I mean fear. The fear of the other.”

Estraven later ponders aloud to Genly, “What is love of one’s country; is it hate of one’s uncountry?” He further asks, “I know towns, farms, hills and rivers and rocks…but what is the sense of giving a boundary to all that, of giving it a name and ceasing to love where the name ceases to apply?”

These questions are just as pertinent in 21st-century America as they are in fictional Gethen. In a nation where the President relentlessly pushes for a border wall, likens immigrants to animals, and spouts “America first” rhetoric, the “love of one’s country” looks a lot like “the hate of one’s uncountry.” In a nation that misrepresents peaceful protest as unpatriotism, that cages refugee families, whose politicians question why “white supremacy” is considered bad, the critical interpretation of patriotism that Le Guin offers seems particularly apt.

In The Left Hand of Darkness, Le Guin also touches on what it means to be a patriot. When Estraven ultimately chooses to help Genly in his mission to convince Gethen to join the Ekumen, his country of Karhide labels him a traitor. Significantly, Estraven doesn’t dispute this label; he affirms it, noting that he “is not acting patriotically.” Although by aiding Genly, he is acting in the best interest of Karhide, he’s also acting in the best interest of the planet as a whole. This globalist attitude, Le Guin implies, is fundamentally unpatriotic: To be a patriot is to love one’s country, and that country alone, unquestioningly.

This is a profound sentiment in 2019: Just last week, Congress held a hearing on nationalism, and as experts have noted, the ideology is on the rise all around the world. The choice Gethen faces in The Left Hand of Darkness—to either join the Ekumen or veer toward isolationism—mirrors the crossroads that we find ourselves at today. What kind of society are we? And what will we become? Despite its fifty-year-old publication date, Left Hand shows us a path forward today.

Toward the end of the book, Genly reflects on his conversations with Estraven. He wonders “what the love of country truly consists of, how that yearning loyalty…arises, and how so real a love can become, too often, so foolish and vile a bigotry. Where does it go wrong?” In the final chapters of The Left Hand of Darkness, Le Guin suggests a cryptic answer to these questions in the form of a Gethenian poem:

Light is the left hand of darkness
and darkness the right hand of light.
Two are one, life and death, lying
Together like lovers in kemmer,
Like hands joined together,
Like the end and the way.

Like light and darkness, love of one’s country and fear of “the other” are yin and yang. One cannot exist without the other.

Genly shows Gethenians an entirely “new road,” a radically kind and cooperative way forward that looks very different from the world’s current trajectory toward nationalism. In The Left Hand of Darkness, Le Guin does the same for her readers by expanding what is possible and encouraging us to think beyond. In 2004, she remarks that “in an America where our reality may seem degraded to posturing patriotism and self-righteous brutality, imaginative literature continues…to examine the roots of power, and to offer moral alternatives.”

Within the pages of Le Guin’s masterpiece, there is indeed a simple, overarching moral: We are better, and can accomplish more together. If that isn’t romantic, I don’t know what is.

The Impossible Cost of the Sex Tax

Ted Chiang Explains the Disaster Novel We All Suddenly Live In

This Is All My Fault

A Superhero Fueled by Righteous Anger

In Tochi Onyebuchi's "Riot Baby," Ella's psychic gifts carry all the energy of a political protest