Poetry About Being a Taxi Driver in New York City

Sean Singer, author of the collection "Today in the Taxi," on being an outside observer of a passenger’s little world

Sean Singer’s poetry collection, Today in the Taxi, could easily be described as as a vivid portrait of ride-sharing in New York City in the years leading up to the pandemic. At heart, however, these poems read like unaddressed letters sent to help us navigate an unsettling modern world.

While driving a taxi in New York for six years, Singer is carjacked, has a baby left in his car, drives a nearly dying young man, gets stiffed, berated, hit on, and cried to, and drives a few celebrities. What carries him through is what also moves this book beyond a compilation of anecdotes and into a significant book for our time: Singer’s lyricism unveils a voracious mind at work, a mind enriched by books and music and shaped by many kinds of grief. Singer considers Kafka, Wanda Coleman, Jacqueline du Pré, and various jazz musicians both invoked and found in his actual backseat. The thread of jazz in this book will be of no surprise to previous readers of his work, which includes his debut collection, Discography, winner of the Yale Series of Younger Poets prize and the Poetry Society of America’s Norma Farber First Book Award. Singer is also the recipient of a National Endowment of the Arts fellowship and author of the collection Honey & Smoke, and he writes the daily newsletter The Sharpener: thinking through poetry.

We spoke over email about writing a poetry collection inspired by his cab-driving experiences.

Rebecca Morgan Frank: Where and when were you driving a taxi?

Sean Singer: I drove the taxi from fall 2014 until the pandemic started in March 2020.

SS: I like the film, but it’s more of a fantasy than something that shows what it’s actually like. The movie shows the strangeness of the characters and the attentive nihilism, or calm risk-taking involved with taxi driving. Because of the danger of driving itself, and the risk of violence from passengers, the driver has to be constantly scanning and evaluating then dismissing most of what happens. The job is 90% boredom and 10% sheer terror.

RMF: Jarmusch’s soundtrack featured Tom Waits: what were you listening to in the taxi? What would the playlist for this collection include?

SS: I mostly listened to WQXR, which is New York’s classical station. I find that classical music has a very calming effect on people. But if there was a playlist for the collection, it would include Arvo Pärt’s “Tabula Rasa” and of course the music of Charles Mingus, who is one of the “main characters.”

RMF: Let’s talk about another main character: Kafka appears throughout the book. How did he end up in your cab, so to speak?

SS: Kafka, Mingus, and the Lord (who is a female voice) appear in the book as guides through the Styx that is New York City. Kafka is the most important writer for me. He’s simpatico because of our backgrounds, family dynamic, and psychodynamic attitudes.

The period during which I was driving was a time of considerable upheaval in American life—intensification of culture wars, a rise of totalitarianism—and a time of great loss in my own life. These poems reflect my living- and thinking-through the problems of this time. Three main themes emerge: what it means to work in the gig economy in a time of sharply intensifying income divide, watching my home of New York City transform through time and history, and charting my relationship to Jewish experience in a time of rising anti-Semitism.

Kafka was a figure who could address some of this material that allowed me into these conflicts in a less head-on way.

RMF: As you mentioned, there is also the presence of “the Lord,” throughout the book: she cleans, rescues plastic bottles from trashcans in Williamsburg, and is at times prophetic. How and when did she find her way into the book, and what do you see as her role?

SS: The Lord in the poems is a guide, an ethical GPS, allowing the reader to bear witness along with the driver. She is an Old Testament Lord because one of the tenets of Judaism is uncertainty, or questioning, and I believe these poems try to present the situations described as questions above all else. The relationship between the speaker and the subjects of the poems—often the city itself—is one of questions. These questions are often not resolved or answered definitively.

She is a force of empathy, but also sometimes is vengeful, merciful, or a force of justice. Since a poem is a public space, the personal memory of a city becomes the public expression of a city. Since identity is tied to memory, I aimed for poems that showed the connections between the driver’s private world and a shared world with the strangers in the car. I wanted my poems to ethically describe urban space, but as justice-seeking poems, rather than aesthetic objects.

Justice is love and the figure of the Lord in the poems is a steady beam, the lines on the road that tell us what the right path is. She has a female voice I think for several reasons: She is unexpected, confounds tradition and expectation, and is a way into balancing a ratio of relief and loss. My mother died of a brain tumor as I was writing the book, and I suspect the Lord having a female voice is a way to preserve her guidance and belief in me.

RMF: You really do make some incredible turns in these poems—at times dark, at times funny, at times transcendent. These seem to perfectly reflect the dissonance between the outer life of the job and the inner life of the driver, including your personal grief. Can you talk more about how you found your way to these sharp swerves?

SS: Poetry’s metaphorical power is about connecting unrelated things. It also has a metabolic power, which is physical and involves the ear and the breath. Finally it has a metamorphic power, which is about the transformation of the self. The turns in the car are a little of all these because you have to avoid not hitting anything: bicycles, dogs, horses, cars, buses, trucks, people, objects; part of driving is physical of course, but most of it is mental. Alert attention has to be met with calmness, but also—especially in New York City—aggression and defensiveness. I also had to wrangle with my self-image. Was I a writer, a failed academic, a driver, or what? 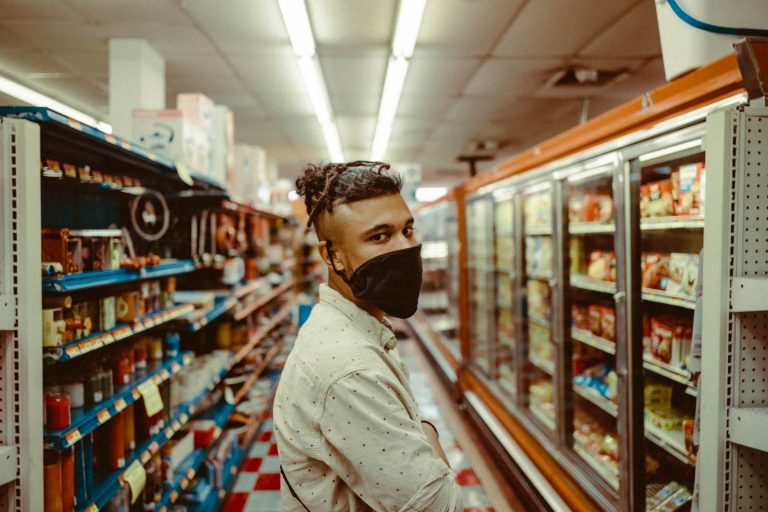 The turns in the poems allow the self to move in and out of these states and spaces. The poems are filled with contradictions because the task is so contradictory: sitting and moving, calm and assertive, looking ahead but having to talk to someone behind you, listening to intensely private moments but being invisible.

I wanted to convey the spontaneity and the inevitability of the interactions I had. I wanted to find ways to connect the immediacy of my embodied experience to the electricity of language. I felt each of the poems in my body because I was there doing the driving day in and out for five years. I lived each of those poems, and a lot of that was physical.

RMF: Jazz has informed your previous work, and this collection is no exception. How do jazz structures and rhythms continue to influence you?

SS: Jazz is about being joyful in spite of conditions, and about rhythm. Rhythm is a way of splitting up and organizing time. Part of the form in the book is the phrase “Today in the taxi” (or some variation of that depending on the time of day), so the cumulative effect is that of a kind of endless recurring series of trips that have a constant element and a variable element. The quick turns of the poems are like those of the car, and those surprises come from my interest in the freedom of jazz.

RMF: This condensed chronicle of so many years comes to us as readers as a liminal space, a timelessness shaped by continual transitions, yet that rhythmic repeated line, “Today in the taxi,” also grounds us in each particular dateless and hourless present. Was there a daily record that the book emerged from?

SS: Yes. I kept a notebook in the car and while I was driving I was able to remember every trip I took. Over 8,000+ trips, I could remember each person, where I picked them up and where they were going. The constancy of that line reiterates the sameness of every trip, and allows the driver to be like Charon, a cosmic ferryman, whose boat carried the souls of the dead across the river of death.

Each of the trips is a transition into a passenger’s little world; the driver is present, but ultimately an outside observer. The odd anonymous intimacy also means the driver’s inner monolog and what he’s reading and hearing can permeate his entry into those little worlds.

RMF: Is there a story from your taxi experiences that never effectively made it into a poem, but you wish had?

SS: Once this drunk man came up to the car and said “I need a taxi.” I said: “I’m waiting for another passenger.” He said, immediately enraged: “Who? Who the fuck are you waiting for?” I told him Alexandra because a young woman had called and asked me to wait in a particular place.

Then I was thinking he was drunk and would leave, but he got into the car. So, I said again: “I can’t take you. I’m waiting for another passenger.” He screamed: “I’m Alexandra’s fucking father! Don’t, don’t fucking tell me you’re waiting for another person! You’re going to Berkeley Heights, New Jersey!”

That kind of abuse was common. There were other times when women tried to flirt, pick me up, or invite me up somewhere.

A third moment happened on New Year’s Eve when I was hijacked by a guy who demanded I take him to Coney Island. He told me to stop somewhere on Surf Avenue so he could pee at a construction site and I drove away and left him there.

Anything can and does happen in New York City, and the car is a little version of that.

Matthieu Aikins, author of "The Naked Don’t Fear the Water," on witnessing the difference in treatment for Afghan and Ukrainian asylum-seekers

17 Small Press Books From 2022 That You Might Have Missed

Gems from indie publishing houses for your TBR pile

I Saw The Pink Pieces of My Little Heart

Love and illness intertwine in this essay from Adina Talve-Goodman’s posthumously published collection, “Your Hearts, Your Scars”